Home Business Pakistan in Talks to Import Gas from Qatar

Pakistan in Talks to Import Gas from Qatar 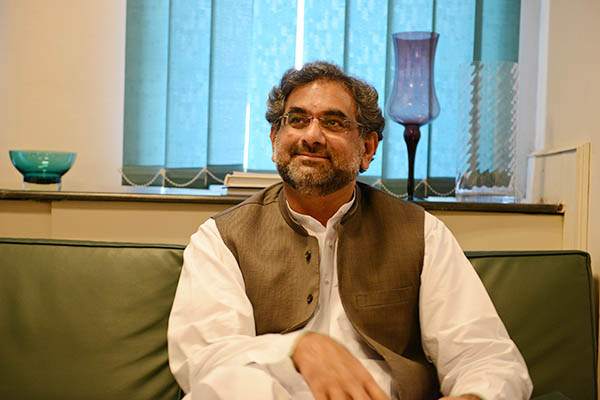 Petroleum minister says negotiations are ongoing in a deal that could be worth $1.5 billion.

Pakistan is in talks to import liquefied natural gas (LNG) from Qatar, a minister said Wednesday, as the country grapples with a chronic energy shortage.

Petroleum Minister Shahid Khaqan Abbasi confirmed talks were under way with the Gulf state, but said he “cannot comment on … details at this time as it is under negotiation.”

A report in the Wall Street Journal on Wednesday said the deal would be worth $1.5 billion annually and quoted officials as saying the agreement could be finalized by March.

Pakistan has faced a severe energy crisis since 2006, brought about largely by “circular debt”—the dual effect of the government setting low electricity prices and of customers failing to pay bills.

The government of Prime Minister Nawaz Sharif made solving the energy crisis a key campaign pledge, but has so far failed to alleviate the problem. Increasing oil supplies could impact on the country’s fiscal deficit target of 4.5 percent. The country underwent a severe fuel shortage last month when the state oil company slashed imports because banks refused to extend it more credit.

Pakistan has historically depended on its own natural gas-fields, which have been depleting in recent years. The deal would mark the first time Pakistan has imported the commodity.

Nicholas Browne, a senior manager at energy consultancy Wood Mackenzie, told the Wall Street Journal that typical pricing for Qatari LNG would be 14 to 15 percent of the price of oil.