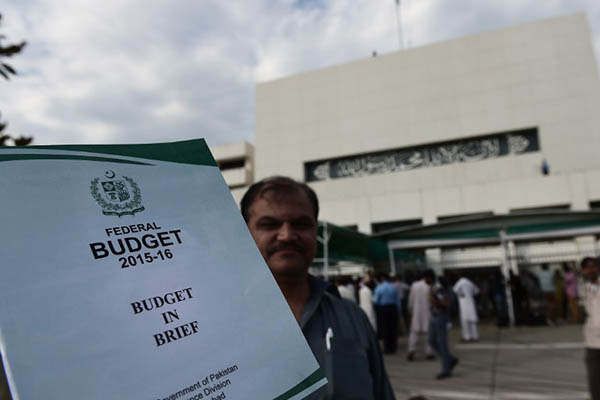 Islamabad announced an 11 percent increase in its military budget on Friday as it continues to fight an insurgency in the embattled northwest.

Finance Minister Ishaq Dar told Parliament in his annual budget address that the country would take its defense budget from Rs. 700 billion to Rs. 780 billion for the financial year 2015-16. “Keeping in view the security situation and security forces’ needs, we have increased the defense budget from Rs. 700 billion to Rs. 780 billion, which is an increase of 11 percent,” Dar told Parliament. The Army has been getting a major portion of the budget for years to counter rival India, with whom Pakistan has fought three wars.

Pakistan has been fighting a homegrown Islamist insurgency for over a decade, with heavy deployments of troops in the border area near Afghanistan. The insurgency has killed more than 50,000 people and thousands of others have been made homeless because of ongoing military operations.

The finance minister also announced Rs. 100 billion to be allocated for the rehabilitation of thousands of families who have been forced from their homes by the insurgency.

The government also announced a 29 percent increase in the public sector development budget to Rs. 700 billion for the financial year of 2015-16, compared with Rs. 542 billion the year before.

Do you call it an increase?