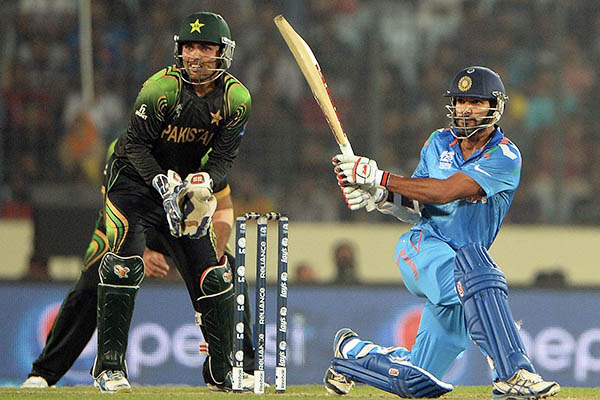 Those hoping for a thrilling Champions Trophy final between India and Pakistan at the Oval on Sunday may take heart from the only other occasion the rivals have met in the climax of a major ICC world event.

Twenty20, pioneered as a professional sport in the English county game, was still in its global infancy a decade ago, when Johannesburg hosted the 2007 World Twenty20 final, with many players inclined to treat it as just a bit of fun compared to the more serious business of one-day internationals and Test matches. The New Zealand team even took to wearing ‘retro’ kits and sporting ‘comedy’ facial hair in T20 internationals.

But the inaugural World Twenty20 in South Africa was arguably the moment cricket’s newest kid on the block achieved sporting adulthood. There had been concerns among many Indian officials about the impact of Twenty20, amid fears its abbreviated time frame might lead to a reduction in commercial revenues from ODIs, with sponsors, and therefore broadcasters, unwilling to commit funds in similarly vast quantities to a much shorter game.

But just as India’s shock defeat of the West Indies in the 1983 World Cup final at Lord’s sparked a shift in focus from Test to ODIs in the world’s second-most populous nation and thus, eventually, in global cricket as a whole, so the 2007 World Twenty20 final is now seen as something of a staging post.

The match itself, which followed India’s ‘bowl out’ win after a group stage tie with Pakistan, was a classic. India fought hard to get to 157 for five before some excellent bowling left Pakistan seemingly down and out, with 54 needed to win off 24 balls and a mere three wickets in hand.

Yet Misbah-ul-Haq revived the contest by thumping off-spinner Harbhajan Singh for three sixes. Come the last over, Pakistan needed 13 to win with Haq on strike but only one wicket now standing.

Then-India captain Mahendra Singh Dhoni—who will be in action again on Sunday—gave the ball to the inexperienced Joginder Sharma, who bowled a wide. Haq then hit a full toss for six and victory was within Pakistan’s grasp as they now needed six more runs off the remaining four balls.

But Haq, moving across his stumps, failed to connect properly with a scoop down to fine leg—now a commonplace shot but in 2007 still daringly unorthodox—and Shanthakumaran Sreesanth held a catch at short fine leg to spark scenes of jubilation among millions of India fans worldwide.

A couple of months after the final, the ‘rebel’ Twenty20 Indian Cricket League (ICL) was launched. The Board of Control for Cricket in India (BCCI), unhappy at what it saw as a threat to its power, imposed lifetime bans on players joining the ICL and a year later launched the Indian Premier League, which effectively killed off its domestic rival.

Now the IPL attracts the world’s best players and, in some cases, allows them to turn their back on Test cricket and still enjoy hugely lucrative careers—something that would have seemed far-fetched only a generation earlier.

The ICL may have forced the BCCI’s hand but without the catalyst of a thrilling win in a major international final, and over Pakistan as well, would Twenty20 have taken off with fans and officials alike in India, cricket’s economic powerhouse, in quite the same way?