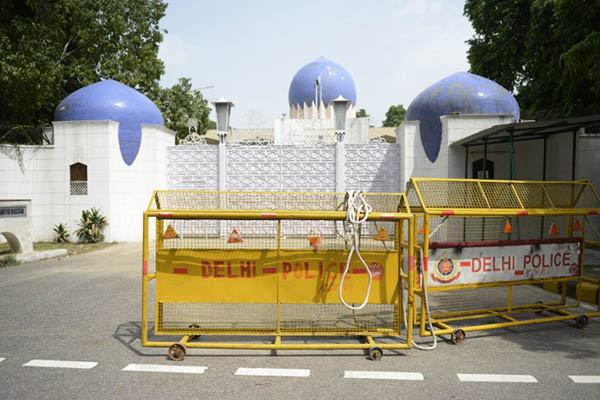 Pakistan and India on Thursday exchanged lists of their nuclear sites under an agreement barring them from attacking each other’s atomic facilities in the event of war, officials said.

The annual New Year’s Day exchange was established under a 1988 agreement. The neighbors, who have fought three wars, have also set up a telephone hotline to prevent accidental nuclear conflict.

The lists were handed over to officers of the Pakistani and Indian High Commissions in New Delhi and Islamabad, according to a statement by Pakistan’s foreign office. The two countries also exchanged lists of each other’s civilian prisoners under a 2008 agreement.

“The ministry of foreign affairs handed over a list of 526 Indian prisoners including 50 civilians and 476 fishermen in Pakistan to the High Commission of India in Islamabad,” the foreign office said. “A similar list of Pakistani prisoners in Indian jails was handed over to High Commission of Pakistan in New Delhi,” the statement added, without mentioning the figure.

According to the consular agreement, the two countries are required to exchange lists of prisoners in each other’s custody twice a year, on Jan. 1 and July 1.

Arrests of fishermen are frequently carried out by both countries as the maritime border in the Arabian Sea is poorly defined and many fishing boats lack the technology needed to be certain of their precise location. The fishermen often languish in jail even after serving prison terms, as poor diplomatic ties between the two nations mean fulfilling official requirements can take a long time.

The lists were exchanged a day after two Pakistani paramilitary soldiers were killed in cross-border firing with Indian troops near Lahore. The Indian Deputy High Commissioner was summoned to the Ministry of Foreign Affairs over the incident, which Pakistan called “unprovoked.”

Recent exchanges of fire across the de facto border between India and Pakistan in Kashmir, which both countries administer in part but claim in full, have killed at least 20 civilians and forced thousands to flee their homes.