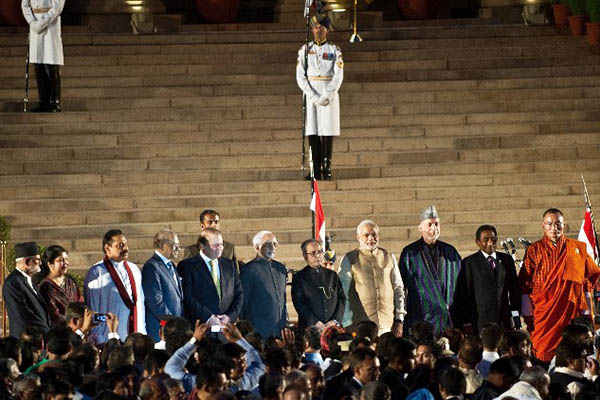 Analysts expect little progress from upcoming SAARC summit due to cross-border tensions along Line of Control.

The region’s first summit in three years follows some of the worst cross-border violence in Kashmir in a decade, and comes as NATO-led troops prepare to pull out of Afghanistan, intensifying the India-Pakistan rivalry as the countries vie for influence there.

New Prime Minister Narendra Modi launched a charm offensive on India’s neighbors after winning a landslide election victory this year, raising hopes he would reinvigorate the South Asian Association for Regional Cooperation (SAARC). The Washington-based Brookings Institution said Modi had “boldly stroked new hope for the future of SAARC” after a dismal past performance that earned it a reputation as the “unruly stepchild” of international organizations.

But expectations of progress at the summit have dimmed in recent weeks “owing to the escalation along the India-Pakistan border beyond the quotidian skirmishes that typically characterize this region,” Brookings said in a recent briefing.

Modi raised hopes of softening relations with Islamabad when he invited all the SAARC leaders, including his Pakistani counterpart Nawaz Sharif, to his swearing-in. But any hopes of reconciliation were dashed when India angrily cancelled senior-level talks with Pakistan just months later, after Islamabad’s envoy to New Delhi met with Kashmiri separatists.

Since then, the disputed Himalayan region has suffered some of its worst cross-border firing since India and Pakistan signed a ceasefire a decade ago, with both sides trading blame for civilian deaths.

India’s new right-wing nationalist government has adopted a more aggressive policy on Pakistan than its predecessor. Modi warned Islamabad in a speech during the latest unrest that “times have changed and their old habits will not be tolerated.”

His aggressive stance on Pakistan contrasts with attempts to woo India’s smaller neighbors. The new government in Delhi says such neighbors were neglected under the previous administration, allowing regional rival China to make significant inroads in India’s traditional sphere of influence.

Beijing has cultivated close economic ties with South Asian nations including Sri Lanka, the Maldives and Nepal while forging a close political alliance with Pakistan that some see as a deliberate strategy to encircle India. Modi’s visits to Bhutan and Nepal have “laid the groundwork for stronger and more substantive cooperation,” according to the Brookings Institution.

But experts agree that cooperation between New Delhi and Islamabad is key to the success of the eight-member SAARC, which will mark its 30th anniversary next year with little to show for its efforts so far. Efforts to reduce tensions have been complicated by concern over Afghanistan’s prospects as international troops begin departing after 10 years of fighting the Taliban.

India is the biggest regional investor in Afghanistan, and was a close ally of former president Hamid Karzai. Modi will hold his first talks with new President Ashraf Ghani during the summit as he seeks to develop India’s involvement in a country that Pakistan sees as its backyard.

No formal agenda for the meeting of leaders of the SAARC nations—Afghanistan, Bangladesh, Bhutan, India, Nepal, the Maldives, Pakistan and Sri Lanka—has yet been released. Nepal’s foreign ministry said last week that they would discuss poverty alleviation, public health, agriculture, tourism and cross-border trade, which remains minimal, due in part to poor transport infrastructure.

Three agreements have been prepared ahead of the summit, two on improving road and rail connections and one on making it easier for countries in the power-starved region to trade in electricity. Security is also likely to be on the agenda after Al Qaeda’s recent announcement it has set up a new South Asia branch.

But analysts said domestic political concerns would likely take precedence, with Modi eager to appear tough on Pakistan ahead of local elections in Kashmir and two other Indian states in the coming months. “I think the intention is to do something concrete this time,” said New Delhi-based political analyst K. G. Suresh, citing the three agreements, which India’s cabinet approved last week.

“But the fear is the summit may be overshadowed by what happens between the Indian and Pakistani leaders. It is crucial for SAARC that these two leaders meet.”

This article is a complete farce. Brooking Institute said this and Indian analyst this. I say, that Kashmir is the real issue. Modi cannot act like a ostrich in this matter.