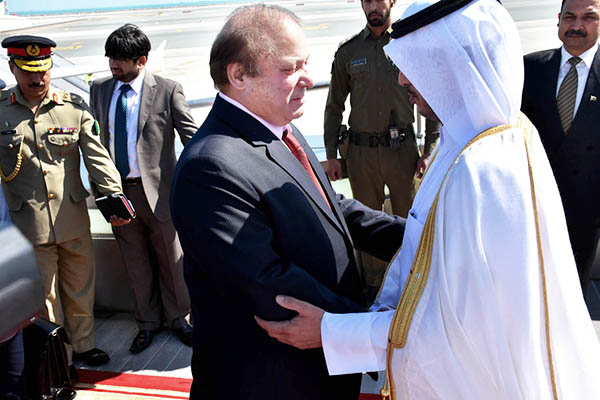 Qatar signed a long-term deal with Pakistan on Wednesday to export liquefied natural gas, according to state media in the Gulf.

The deal will see Qatar export up to 3.75 million tons of liquefied natural gas a year, according to Pakistan’s petroleum minister, Shahid Khaqan Abbasi. This represents around 20 percent of the country’s gas requirements.

The Qatar News Agency (QNA) confirmed the deal had been signed in a statement posted on its website. Supplies of the gas could start as early as March, according to the QNA.

Media reports in Pakistan estimated the deal was worth $16 billion.

Abbasi told local media that the deal was a “game-changer” for Pakistan, and would help save the country one billion dollars annually.

Pakistan currently faces a severe shortage of natural gas, both for its electricity generation and industrial use. The deal was signed on the first day of a two-day visit to Qatar by Prime Minister Nawaz Sharif.