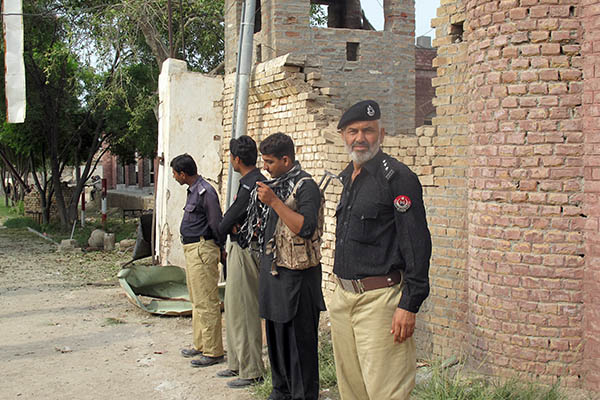 Security officials claim there is evidence that Al Qaeda was involved in the planning of the prison break executed by the Pakistani Taliban.

Dozens of heavily armed militants last week stormed a prison in Dera Ismail Khan, close to the lawless tribal areas on the Afghan border, in a well-coordinated assault that left 13 dead.

The Pakistani Taliban claimed responsibility. But on Saturday global police agency Interpol said it suspected Al Qaeda was involved in the raid and in other prison breaks in eight countries, including Iraq and Libya.

Al Qaeda and the Pakistani Taliban have close ties—extremists from the global terror network have hideouts in Pakistan’s tribal areas—and a senior security official said the link was under scrutiny in the jailbreak probe.

“Involvement of Al Qaeda is one the factors that we cannot rule out at the moment,” the official said on condition of anonymity. He said “such attacks are always carried out with involvement of two type of groups, one which plans and the other which executes.”

“Jailbreak is something that requires a lot of planning and is not an easy task. Now we have to determine who were the planners, facilitators and operators,” said the official.

The Central Prison in Dera Ismail Khan can hold up to 5,000 inmates and around 300 were being held in connection with attacks on security forces and sectarian killings.

“One thing is very clear: that all those who took part in the jailbreak were highly trained and the pattern of the attack shows they had come for the attack with proper planning,” another security official said.

A senior government official in Peshawar said: “Apparently the plan was prepared in Waziristan tribal district and preliminary information suggests that Al Qaeda helped in preparing the jailbreak plan.”

“However, we are working on it and a final report will be prepared soon.”