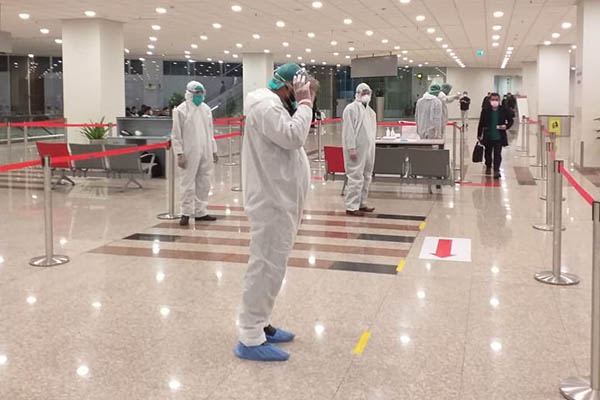 Pakistan on Monday joined the global community in imposing temporary travel restrictions on passengers inbound from the United Kingdom after London reported a new coronavirus strain that is believed to be 70 percent more infectious than the original variant.

According to a notification issued by the Aviation Division, the decision to impose harsher “temporary” restrictions was taken during a meeting of the National Command and Operation Center, and would remain in force from midnight Dec. 22 till midnight Dec. 29. “This restriction will be applicable to all persons who originate travel from the U.K. and are in or have been in U.K. over the past 10 days,” it said.

The guidelines permit transit passengers from destinations other than the U.K. to be allowed to travel into Pakistan. Similarly, Pakistani passport holders who have traveled to the U.K. on visitor visitor/temporary visas would be allowed to return under the following conditions:

The revised guidelines have also made it mandatory for all travelers arriving in Pakistan to install the Pass Track app from midnight, Dec. 22. Anyone who does not do so will be required to fill out a web form. The Aviation Division circular says the NCOC will review the measures on Dec. 28 to determine if any extension is required.

Countries across the world started to impose restrictions on the U.K. over the weekend after health authorities warned that a new strain of COVID-19, reportedly 70 percent more infectious, was “out of control.”

Saudi Arabia has taken things further, halting all flights and entry through land and sea ports for at least a week, with an option to extend for a further week. The U.S., meanwhile, has adopted a ‘wait-and-see’ approach before imposing any new travel restrictions.