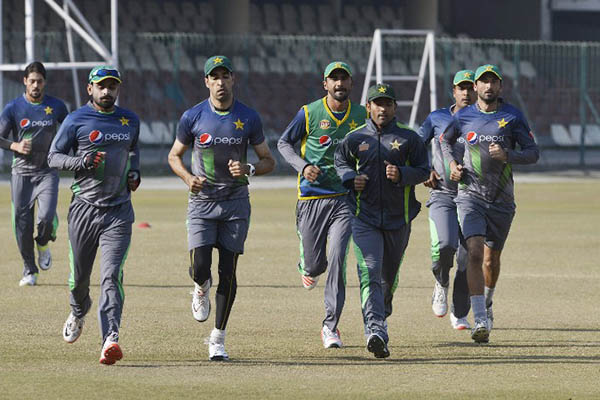 Pakistan is set to launch its first franchise-based Twenty20 league in the U.A.E. on Thursday as its cash-strapped cricket board seeks to boost revenues and reverse the national team’s slide in the game’s shortest format.

The long-awaited first edition of the Pakistan Super League follows two previous attempts that fell through over a lack of sponsorship and the suspension of international cricket at home in the wake of a militant attack on the Sri Lankan team almost seven years ago. With Pakistan’s once-dominant Twenty20 side sliding to a lowly seventh place in world rankings following a their recent series loss against New Zealand, organizers are keen for local talent to hone their skills alongside the world’s best players including Chris Gayle, Kevin Pietersen and Shane Watson.

Featuring 69 local and 29 foreign stars, the five-team, 24-match league will be held from Feb. 4-23 across two stadiums in Sharjah and Dubai—Pakistan’s “home away from home” since the 2009 terror attack.

The teams were sold to private consortiums for a sum of $93 million across 10 years, with $200,000 salaries for top-tier players and relatively handsome paydays for middle-tier and emerging talent. The winning side, meanwhile, will bring home $1 million.

Former captain and legendary fast bowler Wasim Akram said the league was vital for Pakistan to match the fast-rising standards of other Twenty20 teams.

“Look at where Indian cricket is now because of the Indian Premier League,” he said, referring to the brash, glitzy tournament first launched in 2008 whose model has been emulated by other leading teams including Australia and the West Indies. “By rubbing shoulders, by competing against and by sharing the dressing rooms with high profile players all the Indian players have benefitted and I envisage the same in the PSL,” added Akram, who is the bowling coach for Kolkata’s team.

“We have been struggling to match other teams,” agreed Shoaib Malik, a former captain who was part of Pakistan team, which lost a Twenty20 series in New Zealand 2-1 last month. “The PSL provides a launching pad for the future generation of players as four emerging players in each team will learn a lot which is good for the future of Pakistan cricket,” he added.

Not everyone is as optimistic, with organizers privately admitting that in order to be viable the tournament will need to return to Pakistan for greater gate and TV revenues, while rampant piracy puts a question mark over the profitability of kit merchandising. With lower salary caps than leagues elsewhere, it will also need to steer clear of the ever-present threat of fixing that has hit its predecessor leagues in India and Bangladesh, resulting in bans for the likes of international stars Shanthakumaran Sreesanth of India and Mohammad Ashraful of Bangladesh.

good news and we are watching these ipl matches.