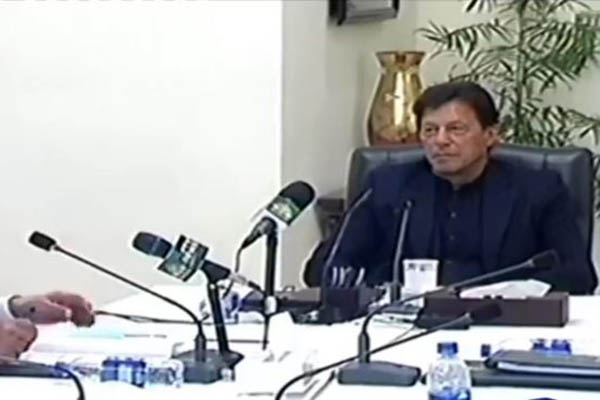 Dedicated TV channel will broadcast lessons from 8 a.m. to 6 p.m. daily for grades one through 12

Prime Minister Imran Khan on Monday inaugurated a new nationally broadcast TV channel designed to aid in the online education of students who have been out of school since last month in a bid to curb the spread of the coronavirus.

The new channel, Teleschool, will begin its daily broadcast from Tuesday (today) and will be available nationwide. It would provide online education for grades one through 12 from 8 a.m. to 6 p.m. It has initially been budgeted for three months.

Addressing the inauguration ceremony, Khan said Teleschool would help students continue their education during school closures. This will provide services to remote areas, which lack access to education facilities and infrastructure, he added.

According to the prime minister, Pakistan has a large number of out-of-school children, and e-learning could also help promote primary education in such cases. He said no one could predict when COVID-19 would be eliminated, warning it could even take six more months. This project would aid in the productivity of children during this time, he said.

Khan said that if the Teleschool initiative proved a success, it should continue even after the pandemic was over and schools had reopened. He said that in addition to helping promote education in remote areas, it could also be used for telemedicine and the promotion of adult literacy.

Education Minister Shafqat Mahmood, meanwhile, said his ministry was currently considering developing an app to benefit the more than 20 million children who were out of school, as well as promote adult literacy. “We have just 60 percent literacy rate,” he said, adding an app would provide access to education through mobile phones.

Special Assistant to the P.M. on Information Firdous Ashiq Awan was also present at the launch of Teleschool. In a series of tweets after the inauguration, she said the channel would aid students whose education had been suspended due to the coronavirus. Additionally, she said, children who were not in school for any other reason could also avail it.

Pakistan’s schools are shut until May 31 in a bid to curb the spread of the coronavirus. The federal government has announced that this would take the place of summer vacation and schools would reopen on June 1. However, authorities have maintained that if the virus is still spreading at the time, the decision to reopen could be revisited.