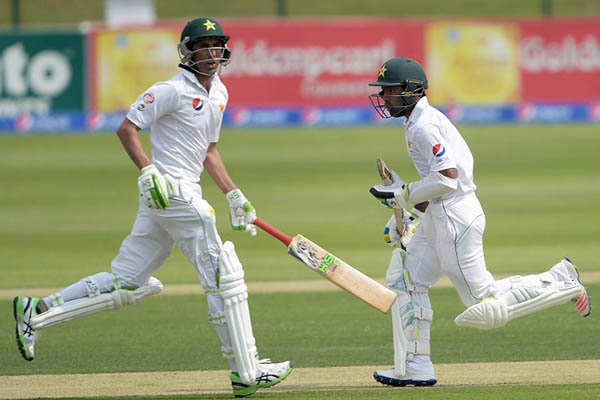 Pakistan held a lead of 218 runs over a Cricket Australia XI after the second day of their three-day day-night match in Cairns on Friday ahead of next week’s pink-ball Test against Australia.

The tourists fought back to dismiss the CA XI for 114 and an innings lead of 94 runs before going to stumps at 124 for five ahead of Saturday’s final day. But there were some concerns about Pakistan’s ability to play the pink ball under lights after they lost four top-order wickets in the final session.

It is the tourists’ only warm-up game under lights before Thursday’s day-night Test against Australia in Brisbane.

Captain Misbah-ul-Haq was dismissed for a duck to go with his first-innings 20, facing 29 balls before he was bowled, playing on after fending at a ball outside off-stump. Opener Azhar Ali looked more comfortable to remain not out 44 at the close with Sarfraz Ahmed on four.

Sami Aslam (12) was out leg before wicket after leaving a ball before the dinner break and the tourists also lost Babar Azam two balls into the final session when he edged to first slip for 22.

Veteran Younis Khan was run out for seven before Haq’s struggling innings and Asad Shafiq was bowled between bat and pad for 29.