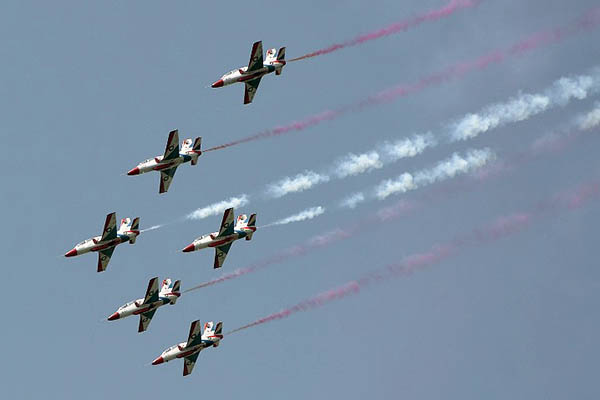 Pakistan on Sunday marked the 50th anniversary of its second war with rival India, weeks after the two nuclear powers faced off in some of their deadliest skirmishes for over a decade.

The major fighting of the war took place between August and September 1965, with both sides claiming victory after it ended in stalemate following the intervention of the United States and the Soviet Union. Every year Pakistan celebrates Sept. 6 as “Defense Day” with the media eulogizing the Army for thwarting Indian “aggression.”

But there is widespread agreement among historians that the conflict began after Pakistani forces infiltrated the Indian-administered part of the disputed mountainous territory of Kashmir. Since gaining independence from Britain in 1947, the two countries have fought three wars—two of them over Kashmir. The territory is divided between the two countries but claimed in full by both.

Relations have worsened significantly since 2014, with shelling across the border claiming a total of around 20 lives on both sides in August.

Earlier in the month, a meeting between the Indian and Pakistani national security advisers in New Delhi was called off at the last minute due to a dispute about whether the agenda should include Kashmir.

Sunday’s commemoration began with a 31-gun salute at dawn in the capital Islamabad and similar displays in other cities. A minute’s silence was observed across the country to pay tribute to the almost 4,000 troops killed in the fighting, with Prime Minister Nawaz Sharif laying a wreath at the monument of a war hero in Lahore.

In the village of Kundanpur, which lies along the border and was the scene of some of the worst fighting both recently and in 1965, residents grieved for loved ones lost in recent cross-border shelling.

“My husband, his brother and nephew died in the shelling. They were the only breadwinners for us. What are we going to do now?” said a woman called Laila, whose spouse Qamar Sajjad, a worker in a glove factory and the father of their two children, was killed. Another man, Malik Akhtar Awan, said he feared the recent skirmishes were a sign that history could be repeating itself.

“When conflicts are allowed to fester, unintended consequences can cause them to reignite,” warned an editorial in daily Dawn, which urged both sides to end their cyclical conflicts.