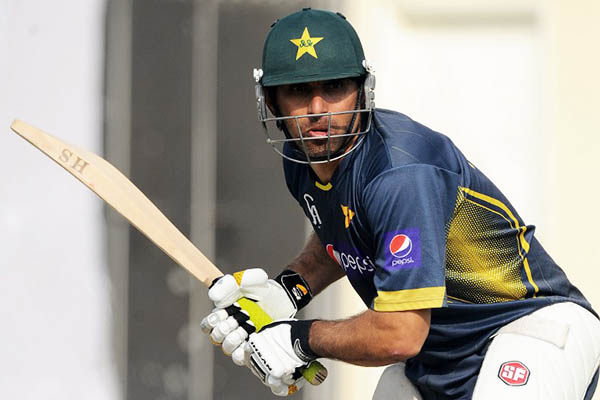 Mohammad Irfan, Asad Shafiq among players left out of the 15-man squads.

Paceman Mohammad Irfan was left out of Pakistan’s 15-man squads for this month’s Asia Cup and next month’s World Twenty20 after a recurrence of a hip injury, selectors said on Friday.

Irfan—the tallest ever man to play international cricket at 7’1”—fractured his hip in Pakistan’s Twenty20 series against South Africa in the United Arab Emirates in November last year. However, his recovery proved short lived when the injury recurred in a domestic tournament this week, prompting chief selector Azhar Khan to say Irfan had to be left out of the squads. “Irfan was left out as he fell injured again and he needs some time for recovery,” Khan told reporters while announcing the squads.

The Asia Cup will be held in Dhaka from Feb. 25 to March 8. Besides Pakistan—the defending champions—India, Sri Lanka, Afghanistan and hosts Bangladesh will also take part in the event. The fifth edition of the World Twenty20 with 16 teams in competition will also be held in Bangladesh from March 16 to April 6.

Misbah-ul Haq will lead the one-day team while Mohammad Hafeez will be Twenty20 captain. There were recalls for left-handed batsman Fawad Alam and paceman Mohammad Talha in the one-day squads while wicket-keeper batsman Kamran Akmal got one more chance in the Twenty20 team. Alam, 28, played last of his 27 one-day internationals in September 2010.

Shoaib Malik was also included in the Twenty20 squad after being withdrawn from the tour of South Africa in November last year due to injury. “Kamran and Malik will give experience to the team for the important event,” said Khan.

Kamran played last of his 50 Twenty20 matches in South Africa in March last year. Batsmen Asad Shafiq and Haris Sohail lost their one-day places after being part of the squads for the series against Sri Lanka last year.