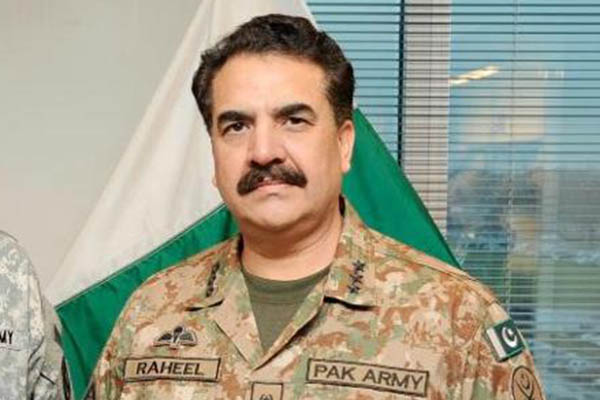 A message from the office of Prime Minister Nawaz Sharif confirmed General Sharif had been made Chief of Army Staff and Lt. Gen. Rashad Mehmood had been made Chairman of the Joint Chiefs of Staff Committee.

Departing commander Kayani has served as Army chief since 2007 and has been given much credit for resisting the temptation to meddle overtly in politics. When he confirmed his retirement last month he stressed that the armed forces “fully support and want to strengthen” democracy.

General Sharif will take over as head of the 600,000-strong Army from General Kayani, who is retiring after six years at the helm. The change of command comes with the country facing a daunting array of challenges—a homegrown Taliban insurgency that has claimed thousands of lives, vexed relations with India and the winding-down of the 12-year NATO mission in neighboring Afghanistan.

General Sharif, whose elder brother won Pakistan’s highest military award for valor in the 1971 war with India, will formally take command on Thursday. One of General Sharif’s most prominent decisions will be how to deal with the campaign of violence waged against the state by the Pakistani Taliban. The government has said it wants to pursue peace talks, but some have argued that a military offensive is needed to clear militant hideouts in the tribal northwest.

Analyst Hasan Askari said he thought the new commander would take an uncompromising approach. “He belongs to a family of soldiers, his father was a martyr, his brother was honored with the highest military award, so I expect he will go for the extremist groups and clear the tribal areas,” he said. “He has to secure the border with Afghanistan, so I think he will consult with his senior top brass officers and clear the troubled area along the border.”