Amid High Alert, Security Personnel Brace for the Worst 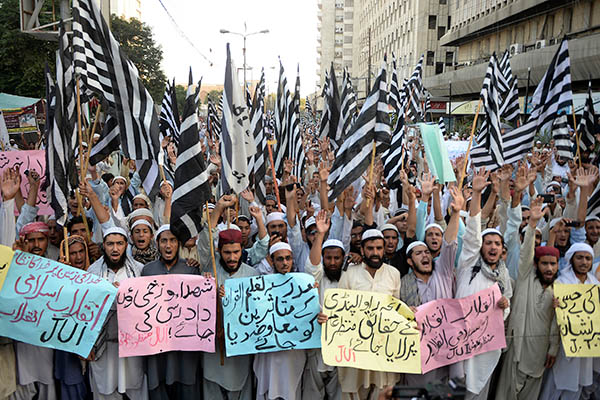 Thousands of police and paramilitary troops deployed in major cities to enforce order ahead of planned protests by Sunni Islamist groups.

Pakistan on Friday boosted security across the country after Sunni Muslim groups called for protests against last week’s sectarian violence in Rawalpindi that killed 11 people.

The government has deployed thousands of police and paramilitary troops in all major cities to maintain order, with the Army on call in case of any violence, said a police official in Islamabad. Police have used shipping containers to block certain roads in Islamabad and Rawalpindi, while all approaches to the capital’s diplomatic enclave, which houses foreign embassies, were sealed. In Karachi, all shops, restaurants, and gas stations remained closed and roads were deserted with heavy deployment of police and paramilitary troops.

The protest call was given by the Ahl-e-Sunnat Wal Jamaat, a Sunni sectarian group, and later supported by Wafaq-ul-Madaris, which runs madrassahs, along with other Sunni groups, including the Pakistan Ulema Council, a moderate body of Islamic clerics.