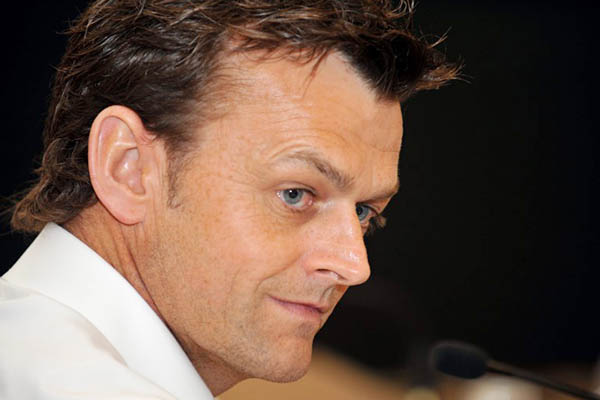 Australian cricketing legend Adam Gilchrist on Monday credited Pakistan’s adaptability and perseverance in the face of domestic challenges as key to their rout of favorites India in the Champions Trophy.

Pakistan, once a cricketing powerhouse, has watched its world ranking slide as top teams have refused to tour the conflict-prone country, forcing the home side to play all international matches abroad. Only Zimbabwe have visited Pakistan since a 2009 attack on the Sri Lanka team bus in Lahore which prompted all other major teams to call off tours.

Pakistan entered the eight-team Champions Trophy in England and Wales ranked dead last, but upset rivals India with a 180-run thrashing in Sunday’s final. “Deep in your heart, as a cricket lover, you can’t be disappointed to see a nation like that [win]. We all know their struggles of not getting any international cricket back home,” Gilchrist told reporters in New Delhi. “They are basically a nomadic team which plays abroad. Perhaps because of that, they were able to adjust well in those conditions.”

It was Pakistan’s first international 50-over trophy since winning the 1992 World Cup.

Gilchrist compared their against-the-odds win to the West Indies’ victory over England in the World Twenty20 final in 2016, despite troubles plaguing their cricket board at home. “The only predictable thing about Pakistan cricket is that they are unpredictable,” said the former wicketkeeper-batsman, adding the win was a “positive story” for cricket. “Pakistan played what seems to be a perfect game of cricket. India, after a very impressive tournament, just got caught out on the big final day. That can happen.”