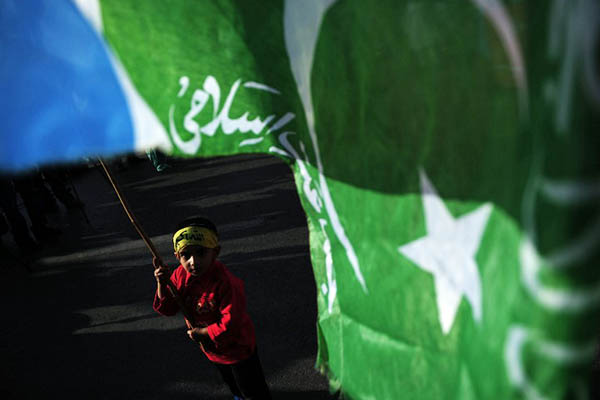 People across the country organized rallies to express solidarity with the independence movement.

Pakistanis staged rallies and demonstrations across the country on Wednesday to express solidarity with Kashmiris struggling for independence from India.

Kashmir, a picturesque Himalayan region, is divided between India and Pakistan but claimed in full by both. About a dozen rebel groups have been fighting Indian forces since 1989 either for Kashmir’s independence or for its merger with Pakistan.

In Muzaffarabad, capital of Pakistan-administered Kashmir, around 1,000 people formed a human chain to express solidarity with what they called freedom fighters in the Indian-administered sector. In Islamabad around 2,000 people attended a rally organized by the religious-political party Jamaat-e-Islami in front of Parliament.

A separate demonstration in the capital was led by religious scholar Maulana Sami-ul-Haq, who heads a committee set up by Taliban militants for peace talks with the government. In Karachi, protesters burnt Indian flags and chanted slogans calling for the liberation of Kashmir from Indian rule.

The fighting in Kashmir has killed tens of thousands of people, mostly civilians. It has been steadily declining in this decade but India says militants inflicted a heavy toll on their security forces in 2013. Pakistan and Kashmiris stage protest rallies on Feb. 5 every year to express solidarity with the independence movement.