Pakistan Pushed for Peace With Taliban 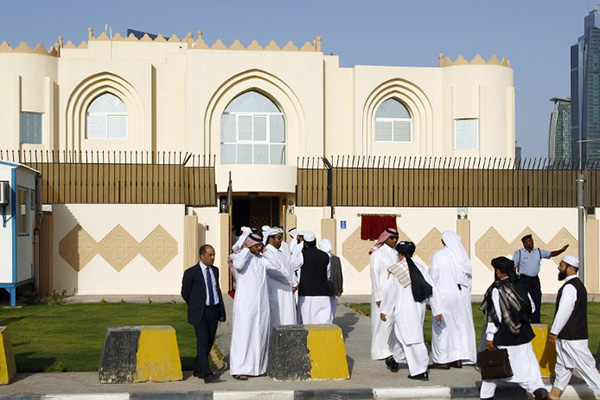 Islamabad likely played a crucial role in persuading a reluctant Taliban to enter into tentative peace talks with its American and Afghan foes.

For over two years, the United States has been promoting the idea of negotiations free of preconditions with little result, as Taliban insurgents seemed unwilling to risk talking to their adversaries, particularly Afghan leaders in Kabul.

But Pakistan, which has deep links to the Afghan Taliban, appears to have forced its protégés to come to the table, clearing the way for negotiations after numerous false starts, said Scott Smith, a former U.N. official who worked in Afghanistan. “One thing that changed was the Pakistani support for it [peace talks],” said Smith. “At some level there’s a shift.”

The move comes from a newly-elected government in Pakistan, which faces its own battle with Islamist extremists at home and may have calculated that the Afghan Taliban needed to be reined in next door, experts said. “You have a deterioration of the situation in Pakistan,” said Smith, referring to violence from militants inside Pakistan. “Maybe they’ve made a calculation it’s getting too dicey” to fuel the Afghan Taliban’s insurgency, he said. Islamabad’s support for peace talks “may not be a change in policy, but it’s definitely a deliberate decision on their part to have the Taliban go this far,” he said.

U.S. officials made a point of crediting Pakistan for helping to clear the way for the dialogue, which will see U.S. and Taliban representatives meet as early this week. Not long ago Islamabad was accused by Afghan officials of sabotaging an earlier reconciliation initiative with Saudi Arabia as mediator, as Pakistan reportedly felt sidelined.

“Pakistan has been very important in this because Pakistan has always been and will always be a potential deal spoiler,” said Jonah Blank, a senior political scientist at the RAND Corporation think tank. “Any deal it wants to crush it can do so quite easily.”

For the Taliban, peace talks are fraught with risk, potentially sapping the morale of fighters, sowing divisions among leaders and undermining its propaganda, according to the diplomat who will be leading the U.S. delegation, James Dobbins. “The Taliban leadership is fighting a jihad with a view to re-imposing a religiously-based form of government rooted in an extreme interpretation of Islam,” Dobbins wrote in a report he co-authored before he returned to the State Department. “Engaging in negotiations for something short of that goal undercuts the purity of that message,” said the report.

The talks are coinciding with the gradual withdrawal of U.S.-led forces, which ironically poses a dilemma for the insurgents, as they risk being perceived by Afghans as merely another armed faction that threatens civilians, said Smith. “They have portrayed themselves as opponents of a foreign occupation. But with foreign troops leaving, they’re going to have to make clear what do they stand for,” he said.

Peace talks from their new office in Doha may offer a way for the Taliban to adapt, offering the insurgents a means of gaining what they crave, a bit of international legitimacy. And they also will be interested in trying to win the freedom of senior figures held at the U.S. prison in Guantanamo, Cuba. As for Washington, the U.S. holds bargaining chips in the form of detainees in its custody and its military presence now and in the future.

The United States has been quietly working to kick-start peace talks since Barack Obama entered the White House in 2009, though it had initially pinned hopes on a stepped-up military campaign to prod the Taliban to negotiations. Then in February 2011, the U.S. announced Washington would no longer insist on preconditions for talks.

While Pakistan will be expected to serve as a broker for the Taliban, the U.S. will be playing a similar role for Kabul and its mercurial president, Hamid Karzai, who has reservations about the Doha initiative. Karzai fears that over time the Taliban could exploit its Doha platform to paint themselves as a government-in-exile, and he said Tuesday the discussions should be moved to Afghanistan as soon as possible.

But the Taliban will resist that idea and U.S. officials do not want to see disputes over the venue derail the process. “You could have a breakdown over that issue fairly early on,” Smith said.