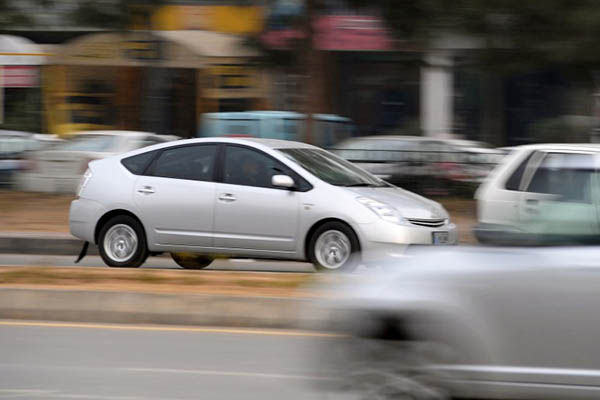 Federal government, provincial authorities claim their SOPs are sufficient to curb the spread of coronavirus

Following Prime Minister Imran Khan’s expressed desire to see business activities resume across Pakistan by next week, there has been a marked uptick in provincial authorities claiming they have established standard operating procedures to curb the spread of the virus through the local population.

On Tuesday, the federal cabinet approved easing lockdown restrictions gradually from May 9 to allow laborers and daily wage earners to earn their livelihoods—on the condition that strict preventative measures are implemented to curb the spread of COVID-19.

“Prime Minister Imran Khan, who always remains concerned about poor, daily wage earners and weak segments of society, decided that small businesses and transport to some extent should be reopened so that these people could have a chance to earn,” Information Minister Shibli Faraz told media at a post-cabinet meeting press conference.

Admitting that the threat from the viral disease was not yet over, he said the prime minister had warned that the situation could worsen if SOPs are not implemented and followed after lockdowns are eased.

The National Command and Operation Center, during a meeting on Wednesday, proposed multiple recommendations to ease lockdown restrictions.

Among its suggestions are resuming inter-provincial transportation with proper implementation of social distancing measures; opening Phase II of the construction sector; reopening retail outlets; and resuming operations of selective outpatient departments in Islamabad.

There has been no word on how the SOPs would be enforced, as the government’s agreement with mosques to resume congregational prayers has already witnessed numerous violations, putting thousands at risk.

Punjab Commerce, Industries and Trade Minister Mian Aslam Iqbal on Tuesday told a gathering of business and trade representatives at the Federation of Pakistan Chamber of Commerce and Industry that the prime minister would soon announce the resumption of trade and business.

He said the provincial government had already recommended opening business- and trade-related with Eid. Punjab has also suggested opening industries related to construction, including steel, pipe, hardware, ceramics, glass, electric equipment, and aluminum, he said. Further, he added, the province has also recommended opening up all supply chain related to the textile industry, including shops and markets of clothing.

“The most important thing is survival of the businesses and trade as it provides employments to millions of people,” he said, perhaps forgetting that saving lives is more important.

The Pakistan Peoples Party-led Sindh government has said that it would only decide on easing its lockdown if medical experts advised it.

Addressing a press conference, Sindh Information Minister Nasir Hussain Shah said that the provincial government did not “care whether the federal government unjustifiably defames the Sindh government or the media criticizes [us] baselessly.” He said the government would adopt all necessary precautionary measures to save people’s lives.

“The whole world is following the advice of medical experts and so is the Sindh government,” he added.

The provincial government on Tuesday said it was considering reopening businesses in the province due to mounting pressure from trade bodies, despite having the highest fatality rate in the country and an ongoing spike in confirmed cases despite limited testing.

During a meeting with a delegation of small traders in Peshawar, Khyber-Pakhtunkhwa Chief Minister Mahmood Khan said the government was considering reopening business under a schedule and subject to implementation of Standard Operating Procedures to curb the spread of COVID-19.

“We are taking all necessary measures to protect people from coronavirus pandemic as well as from hunger and starvation simultaneously,” he said, adding that the government would do whatever it could to mitigate the sufferings of businessmen while ensuring the safety of the public.

The chief minister said social distancing was of vital importance in containing the spread of coronavirus and urged the traders to play their role in the implementation of preventive measures, warning that if people ignored SOPs, even a slight ease in lockdown could result in a huge loss of life.

Balochistan is, thus far, the only outlier to the nationwide campaign to ease movement restrictions. The provincial government, on Monday, announced that it was extending its lockdown to May 19, as cases were rising rapidly and healthcare facilities would not be able to cope with the influx if restrictions were eased.

Spokesman Liaqaut Shahwani told media that the province would end its lockdown if people started adhering to social distancing guidelines. “If the virus continues to spread, the government will be forced to extend lockdowns,” he warned.

Meanwhile, Pakistan Railways on Tuesday issued a notification stating that it would resume partial operations from May 10. The memo, which says the decision is subject to the approval of the prime minister, claims online booking for special train services would start from May 9.

Additionally, it says, in the first phase, 15 trains would resume operations and would require all booking to be done online. Only 60 percent of seats would be reserved in each train, it added.

Passenger trains have been suspended in Pakistan since March 22 to curb the spread of coronavirus. Railways Minister Shaikh Rasheed has claimed that if train services were not restored, the government would be unable to pay the salaries of its staff in June.

The government’s decision to open more businesses and industries comes despite a surge in COVID-19 cases, which have now crossed 22,500, and more than 525 deaths.