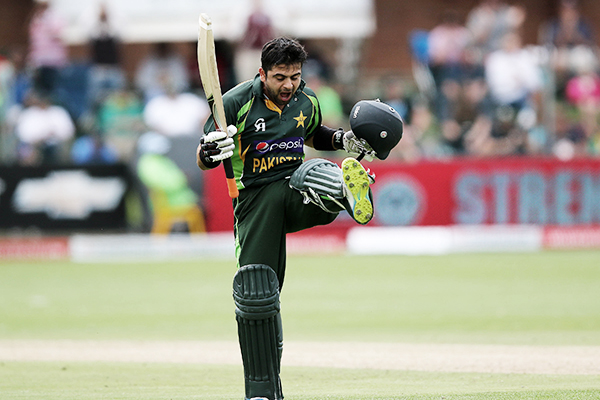 Both batsmen will be participating in the series starting in the West Indies later this month.

Pakistan on Wednesday recalled opener Ahmed Shehzad and Kamran Akmal in separate squads for the four-match Twenty20 and three-match one-day series in the West Indies starting later this month.

Both batsmen earned their recalls on the back of solid performances in the recently held Pakistan Super League, where they played for opposing sides in the final.

The limited overs squads will be led by Sarfraz Ahmed, who will also keep wicket, with the first Twenty20 in Barbados on March 26. The remaining three matches will be played in Port of Spain on March 30, April 1 and 2. The one-day matches are scheduled for April 7, 9 and 11—all in Guyana.

Shehzad was dropped from the Twenty20 and one-day squad after former head coach Waqar Younis described him as “undisciplined” following Pakistan’s World Twenty20 failure in India last year. But he has since shown good domestic form, scoring 653 and 286 in two one-day tournaments.

The 35-year-old Akmal last played for Pakistan in the 2014 World Twenty20 in Bangladesh and has also shown remarkable form to regain his place, finishing as top scorer in PSL with 353 runs.

Chief selector Inzamam-ul-Haq said in addition to recalls for some seniors, younger newcomers were also being given a chance. “We have given more chances to the young players who are doing well at the domestic level,” said Haq. “The squads were also weighed on fitness and that’s why Umar Akmal failed to get a place on lack of fitness,” he said, referring to Kamran’s younger brother.

The limited over series will be followed by three Tests for which a squad will be announced later.

Fast bowler Mohammad Amir was rested for the Twenty20 series but was included in the ODI squad. However there was no room in either squad for Azhar Ali, who stepped down as ODI captain after losing a series 4-1 in Australia in January.

Giant fast-bowler Mohammad Irfan and batsmen Sharjeel Khan and Khalid Latif were all excluded from both squads because they are suspended pending an investigation into alleged spot-fixing that took place in the PSL. The trio was teammates for former champions Islamabad United.

Leg-spinning all-rounder Shadab Khan, only 18, impressed selectors with his performances in the PSL to get a berth in both squads. Left-handed batsman Fakhar Zaman, 26, was also rewarded for his domestic performances, while 23-year-old all-rounder Fahim Ashraf, the best player in last year’s National One-Day Cup, was included in the 50-over squad.