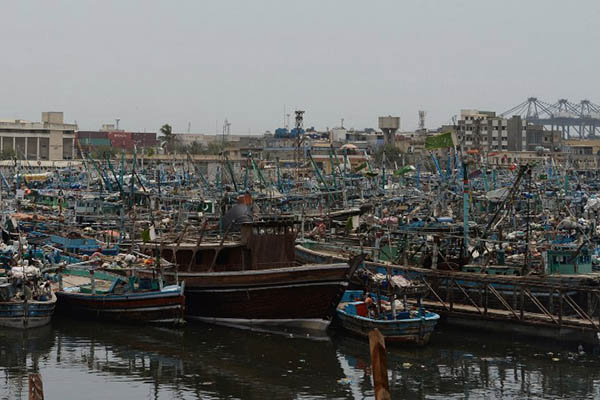 The boats, held for nearly a year, were released as a goodwill gesture.

Pakistani authorities on Saturday released 57 Indian fishing boats held for nearly a year as a goodwill gesture following a visit by New Delhi’s top diplomat to Islamabad this month.

The boats, which were being held by the Pakistan Maritime Security Agency (PMSA), were towed to the two countries’ maritime border before being taken over by Indian authorities, Pakistan’s foreign ministry said in a statement.

“As a goodwill gesture, the Government of Pakistan decided to release 57 Indian fishing boats,” the ministry said in a statement. “While the PMSA had kept the boats in good condition, it extended full support to the visiting [Indian] team in making the boats seaworthy after minor repairs.”

Fishermen are frequently arrested along with their boats by both India and Pakistan as the maritime border in the Arabian Sea is poorly defined, and many fishing boats lack the technology needed to be certain of their precise location. The fishermen often languish in jail even after serving their terms due to poor diplomatic ties between the neighbors, which mean fulfilling official requirements can take a long time.