Pakistan on Wednesday reported 1,708 infections of the novel coronavirus after conducting 31,989 tests—a positivity ratio of 5.34 percent.

A meeting of the federal cabinet on Tuesday decided that the ruling Pakistan Tehreek-e-Insaf would not organize any more public meetings due to the worrying increase in the spread of the novel coronavirus. Planning Minister Asad Umar maintained that the government would be held responsible if the coronavirus pandemic spiraled out of control, adding that it was incumbent on the government to lead by example. 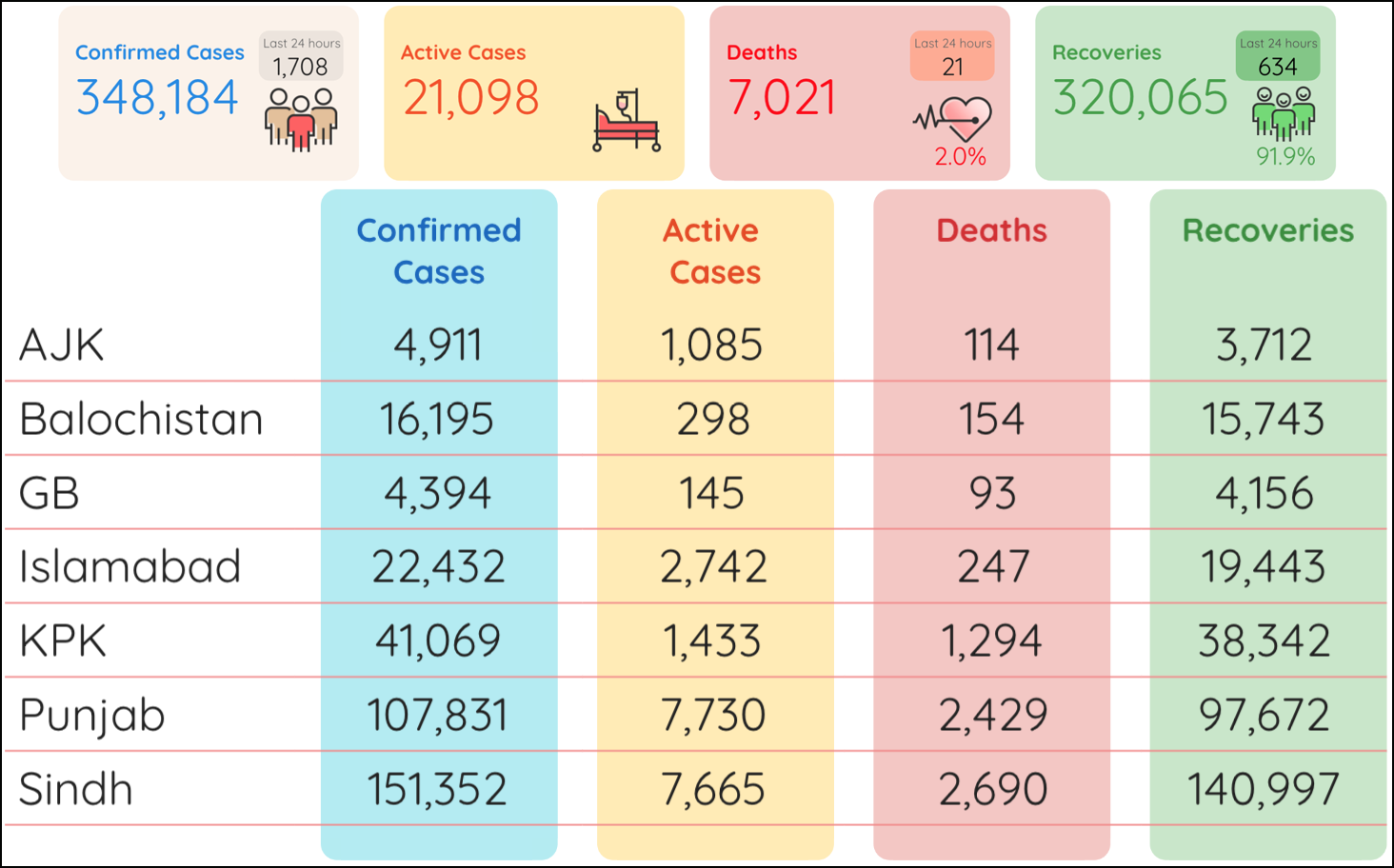 On Wednesday, authorities reported 9 new deaths due to COVID-19, raising fatalities to 2,429. The province raised its confirmed cases to 107,831 with 502 new infections after conducting 11,388 tests. Meanwhile, its recoveries have increased by 21 to 97,672. There are now 7,730 active cases of the virus in the province.

The province on Wednesday raised its confirmed cases to 16,195 with 43 new infections after conducting 688 tests. There were no new deaths and 22 recoveries in the past 24 hours, leaving 154 fatalities and 15,743 recoveries. There are now 298 active cases of COVID-19 in the province.

Confirmed cases of the novel coronavirus in Gilgit-Baltistan on Wednesday increased by 16 to 4,394 after conducting 372 tests. The region reported no new deaths and 34 recoveries, leaving 93 fatalities and 4,156 recoveries. There are currently 145 active cases of COVID-19 in the region.

Globally, the virus has now infected more than 51,810,112 people, with over 1,279,531 reported deaths. Governments across the word halted flights, locked down towns and cities and urged people to stay at home at the peak of the virus’s spread, but have since eased restrictions to help shuttered economies rebound. With a second wave now emerging, countries with new spikes have started to re-impose movement restrictions. Overall, around 36,394,874 patients of the 51.8 million+ infected have recovered thus far.