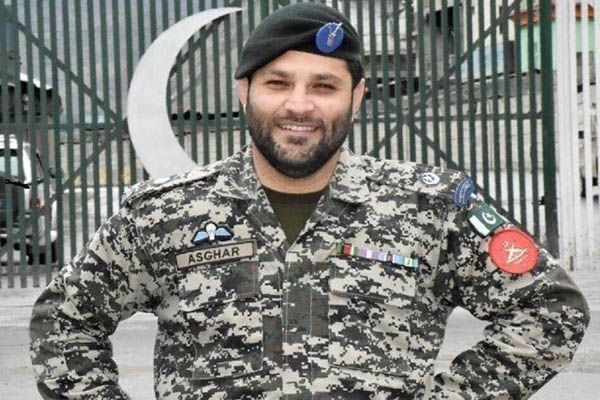 Maj. Muhammad Asghar was deployed at Torkham and had been evacuated to Peshawar due to breathing problems

The Pakistan Army on Sunday reported that an officer deployed at the Torkham border crossing between Pakistan and Afghanistan had died due to complications arising from the novel coronavirus.

In a statement, the Inter-Services Public Relations (ISPR) said that Major Muhammad Asghar had “laid his life in the line of duty at Torkham border in fight against COVID-19.” It said that he had been managing the Torkham Border Terminal to ensure screening of people and the passage of logistic convoys to Afghanistan.

Asghar was “evacuated to CMH Peshawar with breathing problems, was put on ventilator but succumbed to coronavirus,” read the statement, adding that his heroism could not be dismissed. “There is no cause bigger than serving the nation,” it added.

Pakistan on Sunday became the 19th worst affected country by the novel coronavirus after its reported cases crossed 30,000, with more than 650 deaths. Punjab and Sindh provinces remain the worst-hit, with both reporting over 11,000 confirmed cases of COVID-19. The government, last week, announced that small shops, retail outlets, and businesses linked to the construction sector would be allowed to resume operations, with Prime Minister Imran Khan telling a press briefing the situation in Pakistan was “under control.”