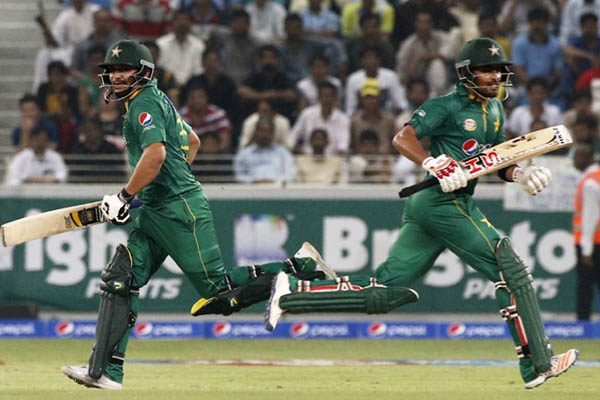 Pakistan achieved its target of 116 runs within 15 overs with only one player out.

Wasim’s spin assault routed the West Indies for a low score of 115 in 19.5 overs, which Pakistan surpassed to give them a 1-0 lead in the three-match series.

Dwayne Bravo hit a gritty 54-ball 55 to avoid a total disaster, adding a new world record Twenty20 stand of 66 runs for the ninth wicket with Jerome Taylor who made 21. Pakistan had lost opener Sharjeel Khan for 22 in the fourth over but Babar Zaman (55) and Khalid Latif (34) ensured Pakistan chased down the target in 14.2 overs.

The second match will also be played in Dubai on Saturday while the third is in Abu Dhabi on Tuesday.