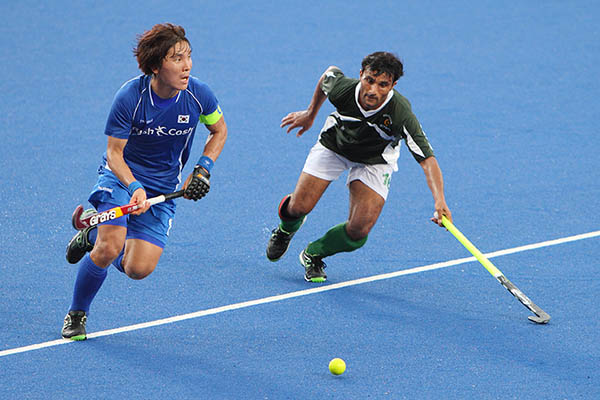 Ousted Khan claims he has been a victim of politics within the country’s hockey federation.

Pakistan sacked its hockey coach on Monday over the national team’s poor finish in the World Hockey League, which raised fears they will not qualify for next year’s World Cup.

Hanif Khan, a gold medalist from the 1984 Olympics, served as coach during this month’s league in Malaysia where Pakistan dropped to seventh place after topping the group phase.

“We have replaced Khan with Tahir Zaman, our consultant, as coach, while Akhtar Rasool will remain the head coach and manager,” Pakistan Hockey Federation secretary Asif Bajwa told reporters.

The top three teams—Germany, Argentina, and England—from the league qualified for the World Cup, to be held in the Netherlands next year. Pakistan now must win next month’s Asia Cup—also scheduled in Malaysia—to earn a berth in the World Cup, an event introduced to field hockey in 1971.

“We took into account the manager’s report as Khan failed to achieve an easy task,” said Bajwa of the league, where Pakistan lost to South Korea in the quarterfinals.

Zaman, a member of Pakistan’s last World Cup win in 1994 is a certified coach of the International Hockey Federation. Khan lashed out at the decision to sack him. “For the past two months there were efforts to displace me,” Khan said. “I will hold a press conference to tell everyone about the politics in the PHF and of reasons for my ouster.”

Pakistan has won three Olympic gold medals in hockey and been world champions four times but have slumped at the international level in the last few years. They finished at their worst—12th and last—in the 2010 World Cup held in India and came eighth and seventh, respectively, in the last two Olympics. India, who also failed to qualify for the World Cup from a separate round of the league in the Netherlands, sacked their Australian coach Michael Nobbs earlier this month.

Besides Pakistan and India, South Korea, China, Malaysia, and Japan will feature in the Asia Cup.

More Than Just a Game