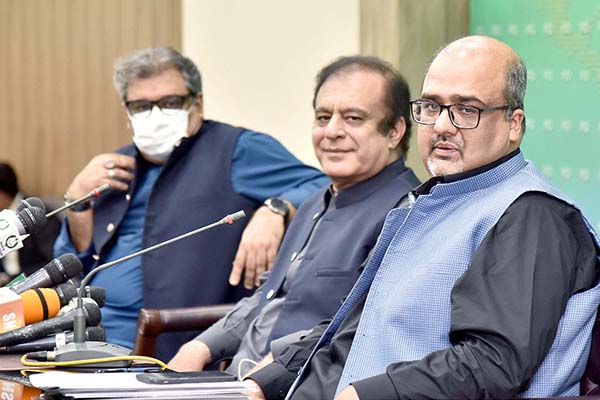 Amid mounting concerns over the fate of Pakistanis employed by various foreign airlines, the federal government on Thursday claimed its probe into pilots with “dubious” licenses was still underway and that the Civil Aviation Authority—which issued the same licenses—would finish its scrutiny and verification of the credentials of all aviation staff in a few days.

They claimed the national flag carrier had been a global success between the 1960s and 1980s but had been “ruined” by the political interference of previous governments. They vowed the PTI would restore it to its former glory.

According to Zaidi, the PTI last year introduced a new aviation policy that prioritizes the safety of passengers. He said the government had thus far grounded 54 pilots with “dubious” licenses, adding that the probe into irregularities of the aviation sector would be completed within four months.

He said the inquiry’s results would help the government purge the PIA of all “fake” inductions and claimed the airline would then be in compliance with the highest safety standards. Five senior officers of the CAA allegedly responsible for issuing the licenses have been suspended, he added.

The special assistant to the P.M., meanwhile, claimed the CAA was working to complete its scrutiny of all airline staff by the end of the week. He said the names of 28 pilots with suspected licenses had already been forwarded to the federal cabinet for termination. The government would take up the matter of PIA flight operations being suspended in Europe and the U.K. with authorities concerned, he added.

The information minister reiterated the maritime minister’s claims that the PTI government was committed to ensuring merit and transparency in all state institutions. He said the government was compelled to respond to media concerns over the decline of the state flag carrier, and claimed that no one should fear to use PIA’s services. “Anyone traveling right now should know that pilots flying right now have gone through the scrutiny process. They shouldn’t worry,” he said.

Overall, 262 Pakistani pilots have been grounded since the aviation minister’s voiced his allegations in Parliament last week. Of these, 109 are commercial and 153 airline transport pilots. They would remain grounded until their licenses have been investigated, says PIA. It said of the grounded pilots, 141 were from PIA, nine from Air Blue, 10 from Serene Airline, and 17 from the defunct Shaheen Airlines.

In addition to the ban from EASA and the U.K., PIA pilots employed in Vietnam have been grounded, Qatar Airways and Oman Airways have compiled lists of Pakistani staff, and Kuwait Air has also announced it would take action against Pakistani staff. The U.A.E. and Malaysia have both urged Pakistan to verify that the credentials of staff employed at their airports are not fraudulent.