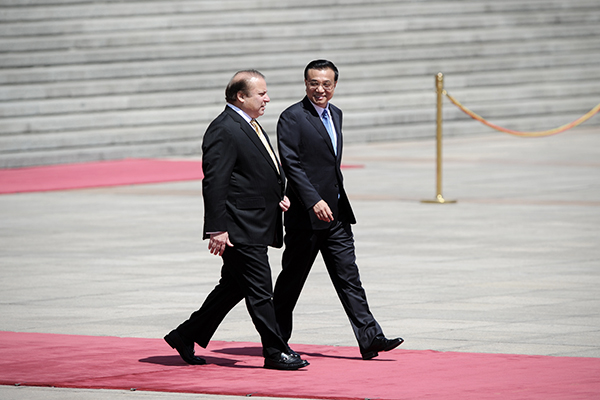 Islamabad will repay the concessional loan over 20 years.

Prime Minister Nawaz Sharif announced the Chinese offer at a briefing on Wednesday. The loans are to be provided by China’s state-owned Exim Bank and will be repaid at a concessional rate over 20 years, according to reports.

This is the latest example of Chinese involvement in Pakistan, which is battling to get its shaky economy back on track and solve a chronic energy crisis that cripples industry and everyday life. Pakistan faces an electricity shortfall of around 4,000 megawatts in the summer, leading to lengthy and costly blackouts.

Pakistan began building a 2,200-megawatt nuclear power plant, set to be its largest, near Karachi last month with Chinese technical assistance. Aside from this, Chinese companies built two of Pakistan’s three operational reactors. Chinese engineers are also constructing a 969-megawatt hydropower project in Pakistan-administered Kashmir. China has also committed to generate 6,000 megawatts of electricity from coal and wind in Sindh.

Chinese companies are working on more than 100 energy, roads, and technology projects in Pakistan, according to officials in Islamabad who expect an estimated $18 billion worth of investment in the coming years.