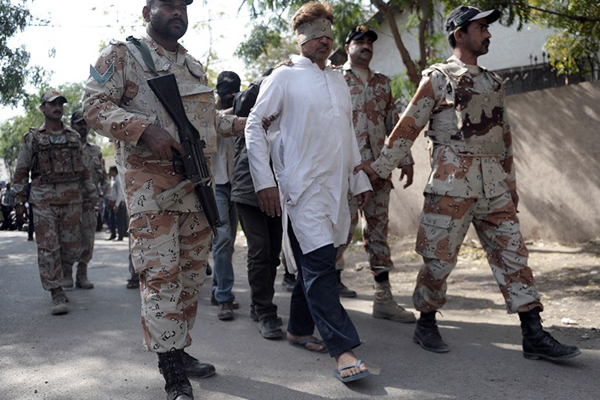 Islamabad will formally ask London for assistance in investigating claims by the BBC that the Karachi-based Muttahida Qaumi Movement party received funds and military training from India.

The report, published Wednesday and citing an “authoritative Pakistani source,” said members of the MQM had received military training at camps in northern and northeastern India over the past 10 years. According to the BBC, MQM members had been given training in “explosives, weapons and sabotage” by New Delhi.

New Delhi and the MQM have separately vehemently denied these claims.

“I am going to address a letter to the British government on behalf of our government tomorrow to officially ask them to give Pakistan access to the BBC report, the facts and the investigation,” Interior Minister Chaudhry Nisar Ali Khan told reporters on Thursday.

The request for assistance may stem from a claim in the report that MQM members confessed over the course of formal interviews with British authorities to having received an unspecified sum of Indian funding.

Khan, who met the British High Commissioner in Pakistan, Philip Barton, earlier in the day, added: “It is the responsibility of the British government to extend as much help as possible to Pakistan in this regard.”

London’s Metropolitan Police are currently investigating the MQM over money-laundering charges after a huge quantity of cash was reportedly found at party offices and exiled leader Altaf Hussain’s home in London. British police are also probing the murder of MQM politician Imran Farooq in London in 2010.

Political observers believe the party, which worked closely with Pakistan’s military establishment during the 1999-2008 rule of President Pervez Musharraf, has since fallen out of favor. The party blames the paramilitary Rangers force for carrying out extrajudicial killings and kidnappings of its activists.