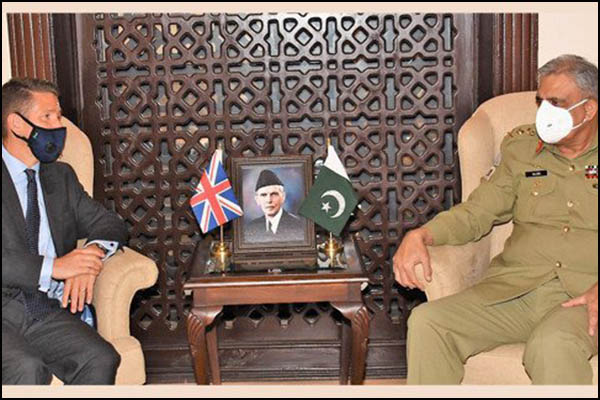 It said that the two dignitaries used the meeting to discuss matters of mutual interest, the regional security situation, including recent developments in the Afghan peace process, and collaboration in the fight against COVID-19.

Turner, said the ISPR statement, acknowledged Pakistan’s “continuous efforts for peace and stability in the region” and “pledged to further enhance bilateral relations” between their two countries.