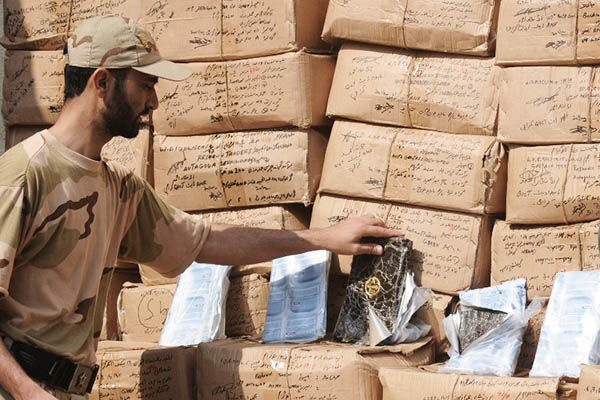 Coast Guards say this is the biggest seizure of drugs in service’s history.

Pakistan’s Coast Guards said they seized on Tuesday three tons of hashish bound for the Middle East where its estimated street value would have been $50 million, in one of their biggest drug hauls.

The naval force carried out the raid in the southwestern coastal town of Pasni in Balochistan province, a spokesman said, adding three smugglers were arrested.

They also took custody of two motor vehicles and an oil tanker in which the hashish had been concealed in secret chambers, said Coast Guards spokesman Major Zafar Ahmed.

The raiding party had to cut into the tanker with power tools to retrieve the 3,010 kilograms of the drug. “In the history of the PCG, this is the biggest ever seizure of drugs,” Ahmed said, adding that the consignment would have been worth around $50 million in the Middle Eastern countries where it was bound.

Ahmed said one of the men arrested was high on the list of the country’s most wanted smugglers, but declined to give the suspects’ names.

Pakistan has been a key smuggling route for hashish and heroin, cultivated and processed in the country’s tribal regions and neighboring Afghanistan. Afghanistan also produces 90 percent of the world’s opium supply, an estimated third of which transits through Pakistan.