Home Latest News Pakistan Shuts Down Save the Children

Pakistan Shuts Down Save the Children 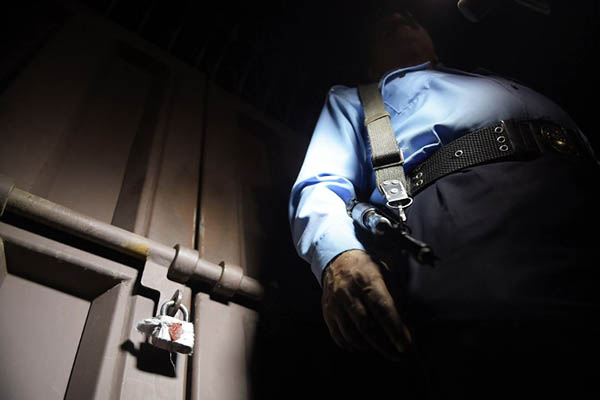 International group’s office in Islamabad sealed for ‘working against the country.’

Authorities in Islamabad on Thursday sealed off the offices of the international aid group Save the Children saying the charity was “working against the country,” police and government officials said.

Government officials accompanied by police arrived at the charity’s office in the capital after working hours and placed a lock on the compound gate. “We have sealed the office of Save the Children on government instructions,” said Kamran Cheema, a senior government official. “We don’t know the reasons behind this order. We were sent a three-line notification by the interior ministry saying that this office should be sealed and all the expatriate staff be sent back to their countries within 15 days,” Cheema said.

The government did not make any formal announcement but an official from the interior ministry said that the agency was involved in “anti-Pakistan activities.”

“Their activities were being monitored since a long time. They were doing something which was against Pakistan’s interest,” said the official without giving his name because he was not authorized to speak to the media.

Another senior interior ministry official, speaking on condition of anonymity, told Newsweek they had collected evidence of Shakeel Afridi collaborating with a senior official of Save the Children. “She [the official] was responsible for the deal between the CIA and Dr. Afridi,” he alleged. “The Abbottabad Commission had also identified her in their report,” he said, adding that the official had been based in Islamabad and had made several trips to the tribal areas.

A report compiled by the Abbottabad Commission tasked to investigate the security lapse that led to Osama bin Laden’s presence in Pakistan also quoted a former chief of the ISI: “Save the Children has a history of involvement with the CIA… Very few NGOs working in Pakistan are totally clean. It is not possible to ban them all.”

Local police chief Hakim Khan said that a police officer was standing guard outside the charity’s compound on the orders of the government but that he was “unaware of the reasons behind closing down the Save the Children office.”

A spokesperson for Save the Children said its Islamabad office had been sealed off without warning. “We strongly object to this action and are raising our serious concerns at the highest levels,” the spokesperson said, adding that there is no expatriate staff currently working in the country. “All our work is designed and delivered in close collaboration with the government ministries across the country, and aims to strengthen public service delivery systems in health, nutrition, education and child welfare,” they added.

Another employee, requesting anonymity, said the organization was aware it had been under surveillance for over three years, shortly after an intelligence report linked the aid group to Dr. Shakeel Afridi, who the CIA allegedly used to carry out a fake vaccination program as they searched for Al Qaeda chief Osama bin Laden. The charity’s expat staff was forced to leave Pakistan after the accusations emerged. It now has 1,200 Pakistani staff working on projects in health, education and food, the charity said. Save the Children has always denied it had any links with Afridi or the CIA.

Pakistan has since hardened its policies toward international aid groups, accusing them of being covers for spying operations and has repeatedly warned them to restrict their activities, vowing stern action for any “suspicious” activity.