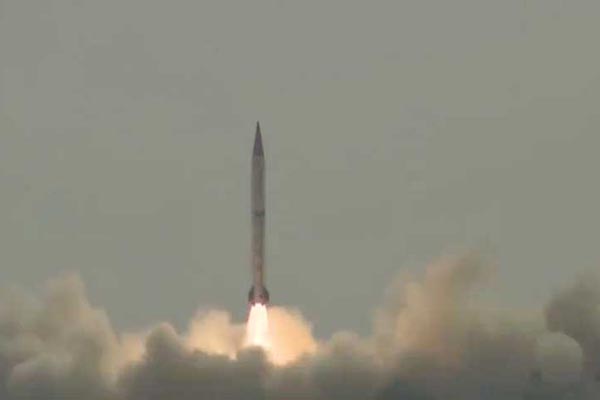 With a range of 2,750km, the long-range missile is aimed at maintaining the country’s strategic capability to deter any aggression

Pakistan on Wednesday conducted a successful flight test of the Shaheen-III surface-to-surface ballistic missile, which was witnessed by senior military officials, including the Chairman Joint Chiefs of Staff Committee.

In a statement, the military’s media wing said that the missile has a range of 2,750km, the longest range missile to have been indigenously developed. It said that the test flight sought to revalidate various design and technical parameters of the weapons system. The test’s impact point was in the Arabian Sea, with CJCSC Gen. Nadeem Raza saying it bolstered the country’s strategic capability to deter any aggression against the sovereignty of Pakistan. “Pakistan desires peaceful co-existence in the region,” he added.

The missile is solid-fueled, which is suitable for rapid response capabilities.

According to the Inter-Services Public Relations (ISPR), President Arif Alvi, Prime Minister Imran Khan, the CJCSC and service chiefs have congratulated the scientists and engineers on the successful test flight.