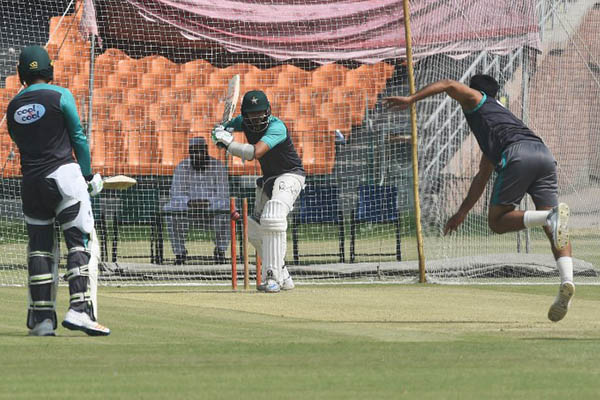 Pakistan included five uncapped players in the 16-man squad announced on Sunday for their Tests against Ireland and England starting next month, with an eye on the World Cup next year.

The five include openers Fakhar Zaman, 28, and Imam-ul-Haq, 22. Batsmen Usman Salahuddin and Saad Ali, and all-rounder Faheem Ashraf are the other three uncapped members of the squad.

“The World Cup next year is in England. So we’ve decided to call up several young players to give them exposure to those conditions,” chief selector Inzamam-ul-Haq said at a press conference. “This is a great opportunity for us, particularly our batsmen, to gain experience in this conditions.”

Pakistan suffered a major setback last week when ace leg-spinner Yasir Shah was ruled out of the tour with a hip-bone fracture. Shah was replaced with teenager Shadab Khan, who has only played one Test. “Yasir’s absence is a big loss for us,” Haq said. “If we look at his numbers for the last two years, he has more wickets than any other bowler for Pakistan. He was our strike bowler. He played a big part in all the games we won.”

Haq said selectors had tried strengthen the side’s batting, which was weakened after the retirement last year of Misbah-ul-Haq and Younis Khan.

The 32-year-old batsman Fawad Alam failed to make the squad again despite his strong domestic form. Mohammad Amir will lead the pace attack, for which Rahat Ali was recalled, but there was no place for Wahab Riaz.

Sarfraz Ahmed, the captain, is the only specialist wicketkeeper in the squad.

Ireland will play their first-ever Test against Pakistan from May 11-15 in Dublin. Pakistan will then play two Tests against England—at Lord’s (May 24-28) and Headingley (June 1-5).