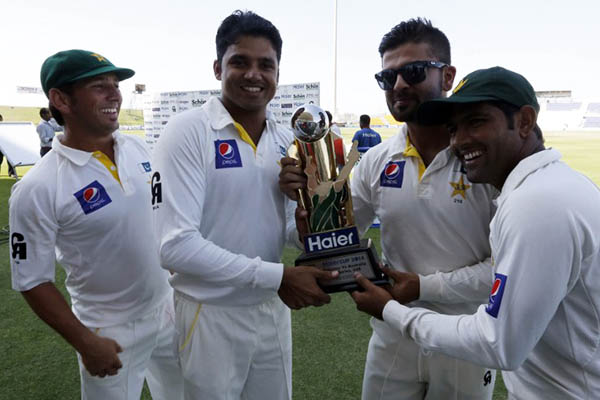 Pakistan’s cricket board on Thursday announced a team bonus worth nearly $150,000 to reward the side for their first series win over Australia in 20 years.

Pakistan routed Australia 2-0 in their “home” series in the United Arab Emirates last week to lift themselves to number three in the world Test rankings.

The Pakistan Cricket Board (PCB) said cash awards would be given to the players to recognize the win and individual performances. “Chairman of the PCB Shaharyar Khan has approved bonus and performance incentives totaling Rs. 14.75 million to the triumphant Pakistan squad and team management and support staff that beat Australia,” said a PCB release.

Pakistan backed up the win over Australia with a 248-run victory against New Zealand in the first Test in Abu Dhabi on Thursday.