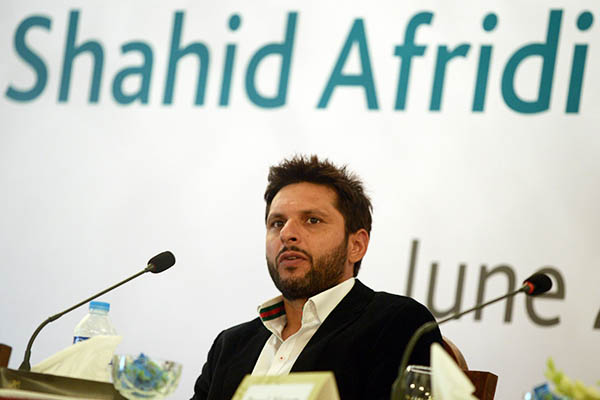 Pakistan on Thursday warned eight of its World Cup squad that they could face banishment from the tournament if they repeat a team curfew breach.

On a day when Australia admitted that hobbled captain Michael Clarke will miss Saturday’s opener against England and organizers found it necessary to stage two opening ceremonies, it was 1992 champions Pakistan who were fighting off the first mini-crisis of the six-week event.

“Eight Pakistan players, including former captain Shahid Afridi and opener Ahmed Shehzad, were fined $300 Australian after they came late to their Sydney hotel on Sunday,” sources in the team told AFP on condition of anonymity.

The team management, headed by manager Naveed Cheema, a former military man, claimed the players arrived 45 minutes late after a night out. The players are understood to have apologized and have promised not to repeat the offence.

Team management has told the players that if such a breach was repeated they will be sent home on the first available flight.

Pakistan plays their first group game against archrivals and title-holders India in Adelaide on Sunday.

Meanwhile, Australia and England cranked up the mind games, 48 hours before they clash in their World Cup opener, which will be watched by 90,000 fans inside the iconic Melbourne Cricket Ground. One of those looking on from the sidelines will be Clarke who has still to fully recover from his long-standing hamstring injury.

Not that England skipper Eoin Morgan had huge interest in the plight of his opposite number. “Whatever team they put out doesn’t really bother us. It’s really important we focus on what we do,” Morgan said.

Australia coach Darren Lehmann confirmed that Clarke would not play at the MCG but should feature in Australia’s second game against Bangladesh in Brisbane on Feb. 21.

Clarke, 33, top scored with 64 after opening the batting in Wednesday’s 188-run warm-up win over the United Arab Emirates in Melbourne where he also bowled two overs. He was captaining Australia for the first time since his hamstring surgery almost two months ago.

Clarke will be key to Australia’s hopes of winning a fifth world title, boasting an impressive 7,762 runs in his 238 ODIs with an average nudging 45.

In Melbourne, homegrown star Tina Arena headlined the lengthy show, ably supported by R&B star Jessica Mauboy, singer Daryl Braithwaite as well as the Melbourne Symphony Orchestra. The program was designed, said organizers, to “reflect the diversity and excitement of the 14 competing nations and include some icons in Australian entertainment.”

Over in New Zealand, meanwhile, about 30,000 people gathered in Christchurch’s Hagley Park for a ceremony that included performances ranging from Bollywood dance to Scottish bagpipes.

Tattooed Maori warriors in grass skirts performed a traditional welcome in front of a neon-lit marae, or meeting house, as the flags of the 14 participating nations were brought out.

Current and former cricketing greats including Stephen Fleming, Richard Hadlee and Lasith Malinga then joined All Blacks captain Richie McCaw and a group of children for a game of “backyard cricket” onstage.

Film director Peter Jackson, who once recorded a 30,000-strong one-day cricket crowd to use as chanting orcs in his Lord of the Rings trilogy, also put in an appearance via video screen, as did Kiwi umpire Bill Bowden.

Prime Minister John Key said hosting the event was a major boost for the city as it continues to rebuild after a devastating earthquake in 2011 that killed 185 people. “The earthquakes robbed this city of a chance to be part of the Rugby World Cup, so it’s only fitting that the Cricket World Cup would have its official opening and its first match here in Christchurch,” he said. “It’s our way of showing the world that Christchurch is back in business.”

The 11th World Cup features 14 teams and will be played at seven venues in Australia and seven in New Zealand. Saturday marks the first day with Australia tackling England at Melbourne while co-hosts New Zealand face Sri Lanka on what should be an emotional afternoon at Christchurch’s Hagley Oval. In all, there will be 49 matches with the final set for the MCG on March 29.

The 14 teams are split into two groups with the top four going into the quarter finals. Pool A is made up of Australia, Afghanistan, Bangladesh, England, New Zealand, Scotland and Sri Lanka. Pool B contains India, Pakistan, Ireland, West Indies, South Africa, U.A.E. and Zimbabwe.