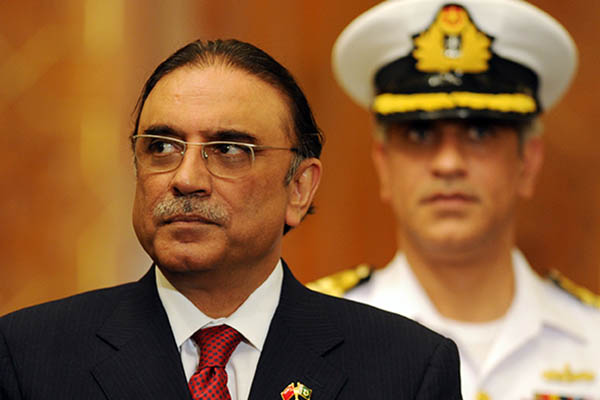 Election Commission issues schedule for presidential elections as Zardari confirms he will not contest second term.

Pakistan’s lawmakers will elect a new president on Aug. 6, the Election Commission of Pakistan said on Tuesday, a month before Asif Ali Zardari is due to step down as he has decided against contesting a second term.

None of the main parties—the ruling Pakistan Muslim League (Nawaz), Zardari’s Pakistan Peoples Party, or Imran Khan’s Pakistan Tehreek-e-Insaf—have so far announced their candidates for the election. The PMLN won a majority in May’s parliamentary election and their nominee is expected to win the presidential poll, voted on by members of the National Assembly, Senate and provincial assemblies.

Zardari, who came to power in 2008 on a wave of public support after the assassination of his wife, former prime minister Benazir Bhutto, had already announced his intention not to stand again, and given the PMLN’s power he stood little chance of reelection in any case.

Following constitutional amendments brought in by the last PPP government, the Pakistani president has a largely symbolic role with little real power, though Zardari was often seen as a sharp political operator behind the scenes.

“Candidates will file nomination papers on July 24 followed by scrutiny of papers on July 26,” according to the schedule for presidential election, released by the Election Commission on Tuesday.

Polling will be held on Aug. 6 at Parliament House in Islamabad and in the four provincial assembly buildings.

PMLN found no Sindhi speaking leader to be nominated as President. It shows the love of PMLN for Sindh. The second highest majority of Pakistan- Sindhis are being marginalized. Sindh produces 70 percent of Budget, the highest producer of Gas, petrol and electricity. But its people are still poor. PMLN has no plan to empower them.