Home Business Pakistan to Get Another $502m IMF Loan

Pakistan to Get Another $502m IMF Loan 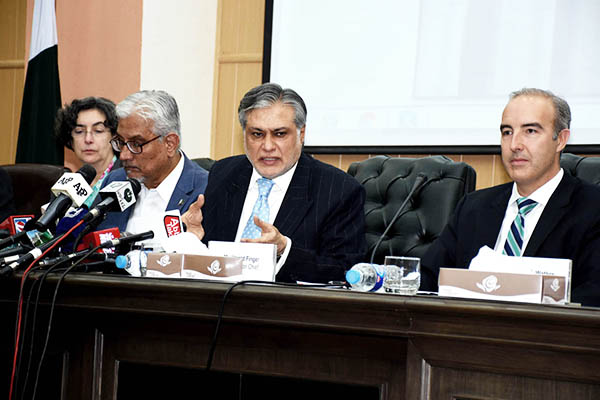 Latest installment is subject to approval by IMF Management and its Executive Board.

Pakistan will receive the next installment worth $502 million of its loan from the International Monetary Fund (IMF) in December as part of a three-year economic bailout package, officials said.

The IMF’s Pakistan delegation head Harald Finger said in a statement late Thursday that the decision was taken after a successful review of Pakistan’s economic performance.

“The agreement is subject to approval by the IMF Management and the Executive Board. Upon completion of this review, SDR 360 million [about $502 million] will be made available to Pakistan,” Finger said.

Ishaq Dar, Pakistan’s finance minister, said his country will get the loan after an IMF board meeting in December.

Pakistan state media said the announcement was made by Dar and IMF officials at the conclusion of talks in Islamabad late Thursday. The IMF has voiced satisfaction with Pakistan’s progress on reforms, which were required under a $6.6-billion bailout agreed in 2013.

The loan was granted on condition that Pakistan—which was suffering an energy crisis—carried out extensive economic reforms, particularly in the energy and taxation sectors.

“The mission welcomes the authorities’ continued commitment to their IMF-supported economic reform program, which has significantly reduced near-term risks,” Finger said. “Economic activity continues to improve while challenges remain,” he said, adding that GDP is set to grow by about 4.5 percent in 2015/2016.

Standard and Poor’s in May revised the country’s credit rating outlook from stable to positive and forecast higher GDP growth for 2015 to 2017.