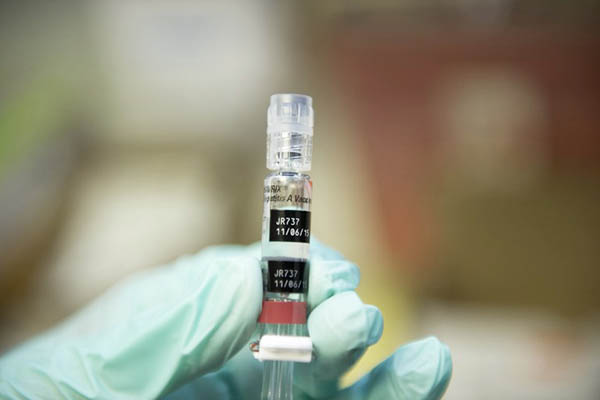 Pakistan has authorized the import of an expensive Hepatitis-C drug from the United States to improve treatment for the estimated eight million people carrying the blood infection, officials said Monday.

Hailed by experts as a game-changer, Sovaldi, which has been on the market since 2013, costs around $1,000 per pill in the U.S. or $84,000 for a single course of treatment, according to a U.S. Senate report released last December. The drug is now being sold nationally in a Pakistani pharmacy chain for around $314 per 28 tablets, while the government is urging local manufacturers to produce generic copies on an urgent basis.

“It is estimated that some eight million people are suffering from Hepatitis-C in Pakistan and each year about 80,000 people will die,” said a senior health ministry official. “These deaths are caused by advanced liver disease spanning over a period of 20-30 years,” he added. “The government had to act urgently and even before the formal registration of the drug in the country, it gave special permission to import Sovaldi tablets from the U.S.”

Another official at the drug registration authority said the government was exploring the option of cheaper alternatives. “We are encouraging local manufacturers to produce generic drugs on a priority basis which are safe, efficacious and affordable,” the official said.

Last October Pakistan’s drug authority received 61 applications from pharmaceutical firms to produce Sofosbuvir tablets, the generic name of the drug, of which 14 manufacturers were finally approved. Gilead Sciences, which makes Sovaldi, has been criticized in the U.S. for the drug’s cost.

The lofty price, set by Gilead, placed Sovaldi and its follow-up drug Harvoni out of reach of many consumers, the U.S. Senate report said.

Hepatitis-C is a blood infection transmitted via contaminated needles, sexual intercourse, and from pregnant mothers to their unborn children.