Pakistan to Lodge ‘Eco-Terrorism’ Complaint Against India Over Airstrikes 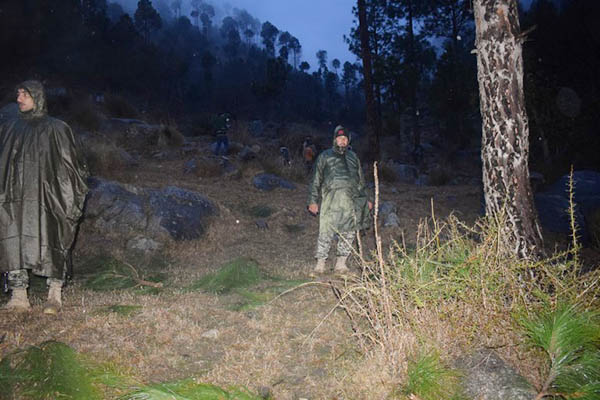 Pakistan plans to lodge a complaint of “eco-terrorism” against India after airstrikes by New Delhi in Pakistani territory this week damaged dozens of trees, its climate change minister told AFP on Friday.

“Eco-terrorism is exactly what happened,” said Malik Amin Aslam, adding that environmental assessments were under way. “We will explore all appropriate international bodies including U.N. to raise the issue and lodge the protest,” he said, adding that it was “not a joke.”

Aslam spoke after India claimed to have killed “a very large number” of militants in an airstrike carried out near Balakot in northwestern Pakistan on Tuesday. Pakistan rejected the claim as “self serving, reckless and fictitious.”

Residents of the area reported hearing explosions in the night, but said only one person was injured, and that no infrastructure had been destroyed.

An AFP reporter visited the site where residents and the military said the strike hit, and saw a crater, two trees snapped in half, and three mud houses, one of which had a collapsed wall.

Aslam said the only damage was done to the so-called Billion Tree Tsunami, a massive reforestation project launched in 2014. He said “dozens” of trees had been killed, including mature ones and newly regenerated ones.

New Delhi has long accused Islamabad of backing militant groups, including the one that claimed the suicide bombing in Indian-Occupied Kashmir on Feb. 14 that ignited a fresh crisis between the nuclear-armed neighbors.

Afghanistan, the U.S. and Iran also accuse Pakistan of various levels of support for militant groups, including the Afghan Taliban. Pakistan vehemently denies the claims, and says there are no militant safe havens left on its soil.

The Feb. 26 strikes led to heightened tensions, with Islamabad launching its own incursion a day later across the Line of Control, the de-facto Kashmir border. That sparked the dogfight that ended in both countries claiming they had shot down each other’s warplanes, and led to the capture of an Indian pilot, who was handed back to India on Friday in a “peace gesture” by Islamabad.