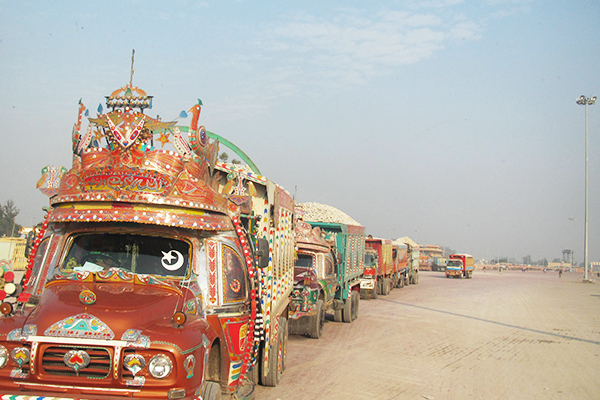 Pakistan on Monday announced it would resume Afghan exports to India through the Wagah border crossing from Wednesday (July 15), adding that preventative measures to curb the spread of COVID-19 would be strictly enforced.

In a press release, Foreign Office spokesperson Aisha Farooqui said the government had decided to restore “normal transit” at the special request of the Kabul government. She said this measure was intended to facilitate Afghanistan’s transit trade.

According to Farooqui, Pakistan has now fulfilled all its commitments under the Pakistan-Afghanistan Transit Trade Agreement. She said that Islamabad had now restored bilateral trade, and Afghan transit trade, at all border crossing terminals to their pre-COVID status.

The spokesperson said Pakistan remains fully committed to further strengthening its bilateral relations with Afghanistan in all areas, including trade. She said Islamabad would also continue to facilitate Afghanistan’s transit trade under the Pakistan-Afghanistan Transit Trade Agreement.

Pakistan had, in March, closed all its border crossings in light of the coronavirus pandemic, but has since eased restrictions, with senior lawmakers claiming the country now has so much local transmission, there is no point in restricting “negligibly few” imported cases.