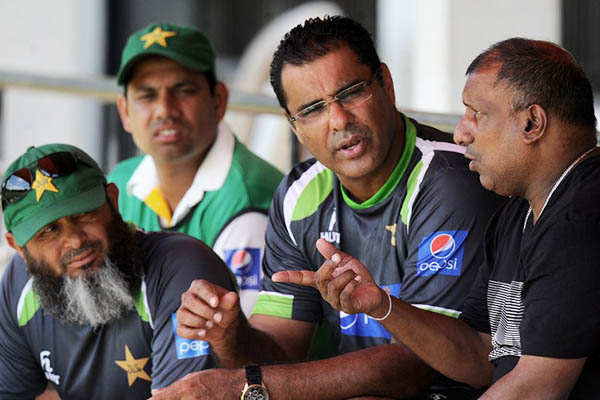 The review will also examine the team’s performance in the 2015 World Cup.

Pakistan cricket authorities on Saturday said they would include the national team’s shambolic whitewash against Bangladesh this year as part of a review to improve its performance.

Pakistan were humiliated during their neighbor’s April-May tour this year, which saw them slump to their lowest ever ranking in the ICC one-day international table of ninth after losing the one-day series in a 3-0 rout. The defeat—accompanied by another in a single Twenty20 international—put Pakistan’s participation in 2017 Champions Trophy in England in doubt as only the top eight teams will compete.

The Pakistan Cricket Board (PCB) had already put together a committee to review the national team’s below-par performance in the 2015 World Cup, where they crashed out in the quarter-finals. During a meeting on Friday, the PCB unanimously decided to include the Bangladesh tour in the committee’s scope as it seeks to improve the team’s performance.

“Some of the areas highlighted and agreed by the committee which require strengthening were strategic thinking, fielding and fitness, pick and stick policy and positive team culture,” the PCB said in a statement Saturday.

The PCB committee will review the performance of the players and support staff after every tour to improve accountability at every stage, the release added.

Pakistan has a history of conducting reviews of teams’ performances in the past, which resulted in sackings of captains and coaches.