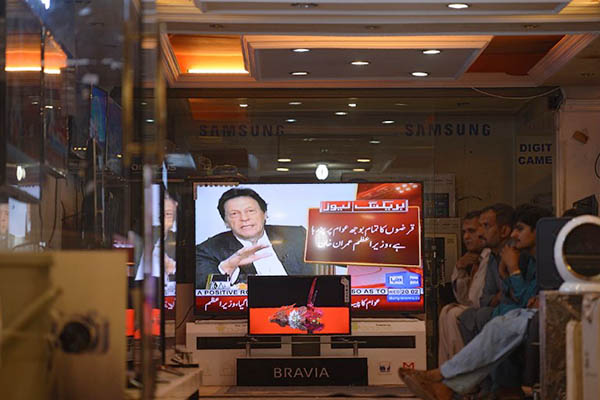 In nationally televised speech, P.M. Khan says he is also in discussions with two other nations for similar aid pledges

Prime Minister Imran Khan on Wednesday said Islamabad would seek a bailout from the International Monetary Fund (IMF) despite a $6 billion pledge from Saudi Arabia to stem a deepening balance of payments crisis.

Addressing the nation in a televised speech, the leader said he was in talks with two further countries in a bid to agree on similar Saudi-style deals.

Khan’s government has entered talks with the IMF on a potential bailout as it grapples with a balance of payment and current account deficits.

An IMF team is set to arrive in Pakistan in early November to begin negotiations.

The benchmark KSE index of the Pakistan Stock Exchange gained 1,462 points or 3.85 percent in intra-day trading to push the index to 39,176 points.

The boost came a day after Khan struck a 12-month deal for a balance of payments lifeline during a visit to Saudi Arabia, which will deposit $3 billion with Pakistan’s central bank and provide a matching deferred payment facility for oil imports.

Since taking power in August, former cricketer Khan has sought loans from friendly countries such as China, promised to recover funds stolen by corrupt officials, and embarked on a series of high-profile populist austerity measures.