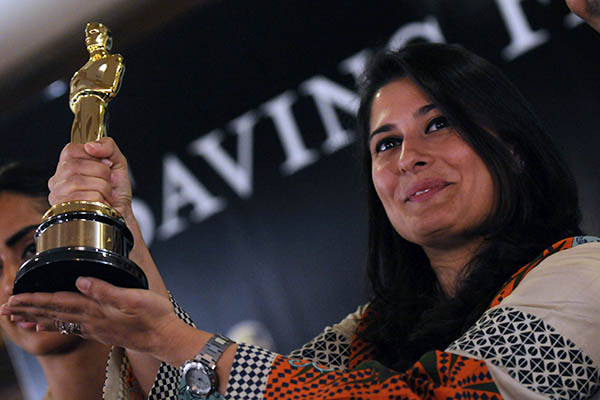 Pakistan will send an entry to the Oscars for the first time in nearly 50 years as its struggling film industry shows signs of revival, the country’s first Oscar winner said Monday.

Sharmeen Obaid-Chinoy, who in 2012 became the first Pakistani to claim Hollywood’s most coveted gong for co-directing a documentary about victims of acid attacks, will head up the national committee charged with selecting Pakistan’s entry.

In 1959, Jago Hua Savera was submitted by director A. J. Kardar and in 1963, director Khawaja Khurshid Anwar submitted the film Ghunghat. But neither film secured an Oscar nomination, Chinoy said.

“We are seeking films that represent the best of Pakistani cinema and will aptly represent our country in the heavily contested Best Foreign Language Film category,” said Chinoy. “We are inviting and encouraging all Pakistani filmmakers to submit their entries and are looking forward to positive feedback and support from our film and arts industry in this regard,” she added.

Chinoy, a filmmaker whose documentary Saving Face won Best Documentary last year, said there were no restrictions on subject matter for the Foreign Language category.

Entries must predominantly feature a language, or languages, other than English, run for at least 40 minutes and have a theatrical release in the country that it is being submitted from, she added.

The country’s lone Oscar winner said Pakistan’s film industry was going through a period of revival after decades of struggling. “The Pakistani film industry is slowly experiencing a resurgence; Pakistanis are going back to the cinema, new theaters are being built, and more students are opting for a career in the arts,” she said. “Over the past two years, we have seen a significant rise in the number and nature of films being produced locally, from independent art films to block buster song and dance thrillers,” she said.

Three more women will sit alongside Chinoy on the panel—Akifa Mian, a writer and director; the Pakistani actress Samina Peerzada and Mehreen Jabbar, a prolific director and producer. The committee will also include The Reluctant Fundamentalist author Mohsin Hamid; Rahat Kazmi, a famous Pakistani actor and Framji Minwalla, an arts scholar at the Institute of Business Administration.

Chinoy said Pakistani filmmakers continue to struggle with resources as a paucity of modern filmmaking equipment. Independent movies, or those with subject matter that diverge from the mainstream, she added, have little commercial viability. Pakistan also lacks the academic institutions to teach people the art and craft of modern filmmaking, she said.

“Just like any other enterprise, our material is also subject to demand and supply, and thus I hope that an increased demand results in a renewed interest from potential financiers and academic institutions as well,” Chinoy said. “It may take time but I have no doubt that the film industry will prosper if nurtured properly.”

According to Variety.com, the Pakistani committee will have “plenty to choose from” as the Pakistan film industry has released 21 films so far in 2013. The deadline for submissions is Oct. 1.