Pakistan to Take on Yemen in World Cup Qualifier 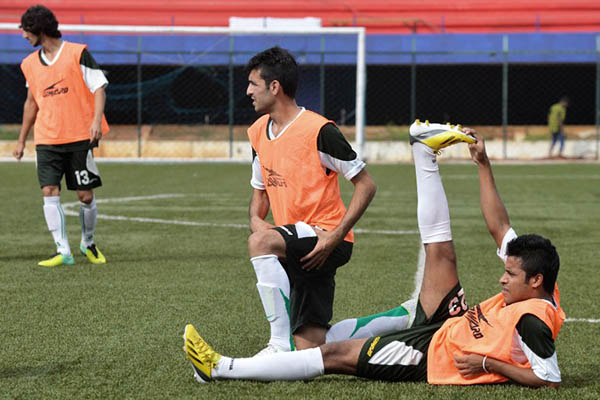 Stadium and kick-off time for March 23 match will be announced at a later date.

The 2018 World Cup qualifier between Pakistan and Yemen will be played in the Bahraini capital Manama on March 23, world football’s governing body FIFA announced on Wednesday.

The original game set for Tuesday in Lahore had been postponed following bomb blasts in the city on Sunday, which killed 14 people and wounded 70 when two Taliban suicide bombers attacked churches, sparking mob violence in which two other suspected militants died.

“Following the postponement of the 2018 FIFA World Cup qualifier match between Pakistan and Yemen that was due to be played on March 17, 2015 in Lahore, FIFA has today confirmed that the said game will take place on March 23, 2015 in Manama [Bahrain]. The stadium and kick off-time will be announced in due time,” a FIFA spokesperson told AFP.