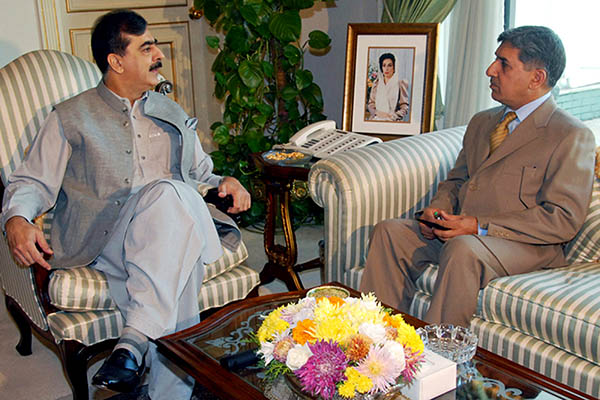 Pakistan had an understanding with the United States on drone strikes targeting Islamist militants and the attacks can be useful, according to leaked remarks from a former intelligence chief.

Islamabad publicly condemns missile attacks on Taliban and Al Qaeda operatives in its northern areas as a violation of its sovereignty, but the new revelations are the latest sign of double-dealing in private.

They come in findings of a Pakistani investigation into how Al Qaeda leader Osama bin Laden evaded detection for nearly a decade, which were published by the Al Jazeera news network on Monday.

Shuja Pasha, a former general who headed Pakistan’s Inter-Services Intelligence at the time of bin Laden’s killing in 2011, told investigators that drone strikes had their uses. “The [director-general] said there were no written agreements. There was a political understanding,” the report said.

The Americans had been asked to stop drone strikes because they caused civilian casualties, but “it was easier to say no to them in the beginning, but ‘now it was more difficult’ to do so,” it quoted the former spymaster as saying, noting that it was “reassuring that the ISI and the military leadership may be ready to criticize the decisions of the military and intelligence leadership of a decade ago.”

“Admittedly the drone attacks had their utility, but they represented a breach of national sovereignty. They were legal according to American law but illegal according to international law,” the report quoted the ISI chief as saying. He also confirmed that Shamsi airbase, in Balochistan province, had been used for U.S. drone strikes against people in the country.

Pasha also criticized the provincial leaderships, claiming the Punjab police had “protected those who attacked the Qadianis last year [2010].” According to the report, the former ISI chief claimed the police even directed the militants to the hospital where the wounded were being treated. “The provincial government has been informed of the situation but it took no heed of the advice and information provided by the ISI,” the report quotes Pasha as saying. In May 2010, members of the homegrown Tehreek-e-Taliban Pakistan attacked Ahmadi mosques in Lahore killing 94 people and injuring over 100. Gunmen also attacked a hospital where the injured were being treated the same day.

Pasha’s interviews also laid bare extraordinary levels of distrust between Pakistan and the United States, particularly in 2011 when relations plummeted over the U.S. raid that killed bin Laden and a CIA contractor who shot dead two Pakistanis.

He quoted a U.S. intelligence officer as saying “you are so cheap … we can buy you with a visa,” and said himself that systemic failures showed Pakistan was a “failing state.”

The Pakistani report condemned the U.S. raid in Abbottabad for bin Laden as an “American act of war” and said the military should have responded much more quickly to the three-hour operation, 100 miles inside its territory. According to the report, the then ruling coalition did not condemn the attacks until 11 days after the events of May 2, 2011. It was Pakistan’s “greatest humiliation” since East Pakistan seceded in 1971, it said.