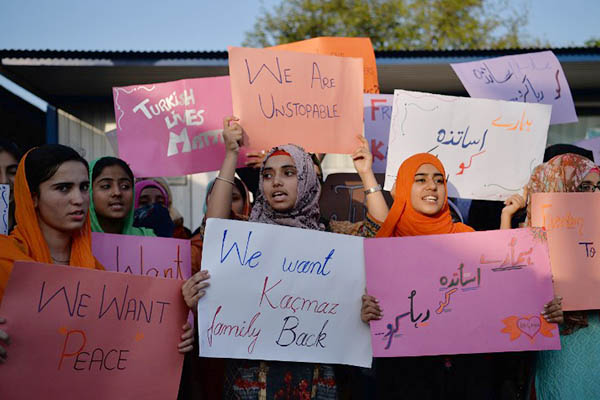 A school in Pakistan on Thursday called for the release of a Turkish family abducted in Lahore, amid fears they were targeted for allegedly having ties to an exiled preacher Ankara blames for last year’s coup attempt.

The family was picked up earlier this week by plain-clothed officers, according to an eyewitness, who said they were blindfolded and bound before being loaded into trucks and taken away. “The police officers were pushing and shoving to arrest them,” said neighbor Fatih Avci, who was also briefly detained.

The father of the family, Kacmaz Mesut, was a former director of PakTurk International Schools and Colleges, said lawyer Hamid Leghari who was petitioning the courts on behalf of the missing.

The private PakTurk International schools are allegedly backed by U.S.-based Turkish preacher Fethullah Gulen’s Hizmet group. Ankara accuses Gulen of masterminding a coup attempt against Erdogan’s government in 2016—an allegation the cleric strongly denies—and is seeking his extradition from the U.S.

“We are pressing them [Pakistan officials] to make every effort to recover the missing family as early as possible,” said PakTurk schools representative Asma Gilani, adding that the individuals had been cleared by the U.N. Refugee Agency to stay in Pakistan until November. “This situation has sparked panic and uncertainty among other Turkish families living in Pakistan especially in Lahore.”

How can it be possible? Do Erdogan manage Pakistan or the Pakistanians? The family came fot education of Pakistanian children? How can you that?