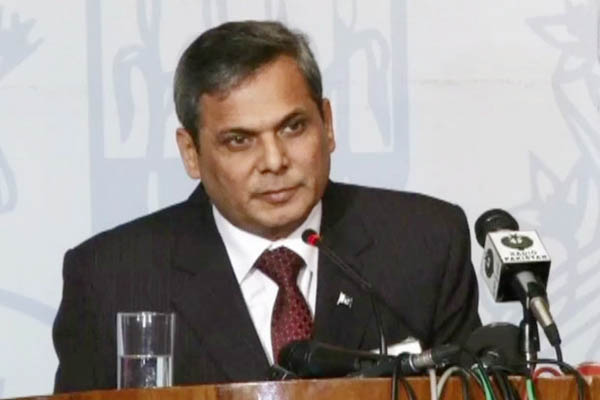 Pakistan on Thursday welcomed an offer by U.S. Republican presidential candidate Donald Trump to ease tensions with neighboring India over ongoing unrest in Kashmir, which both claim as their own.

In an interview with Indian newspaper Hindustan Times last week, Trump said he would be pleased to be a mediator between Pakistan and India. “Well, I would love to see Pakistan and India get along, because that’s a very, very hot tinderbox…. That would be a very great thing. I hope they can do it,” Trump said.

Islamabad said it did not comment on media reports usually but in this case it welcomed the mediation offer. “We continue to urge our American friends including those in the administration to play their due role in resolving bilateral issues between Pakistan and India, particularly the Kashmir dispute,” Pakistan’s foreign ministry spokesman Nafees Zakaria told a weekly briefing. “And definitely Pakistan has welcomed in the past also any role of mediation, we welcome such offers,” Zakaria said.

The comment was a change of tack after Pakistan’s interior minister launched a blistering attack on Trump’s “ignorance” in May after the billionaire vowed that if he won office he would free a doctor jailed in 2011 after helping track down Osama bin Laden.

Trump was being criticized in the U.S. on Thursday after he turned his final presidential debate appearance into an unprecedented assault on U.S. political convention by refusing to say that he would respect a Hillary Clinton victory in November.

Kashmir has been divided between India and Pakistan since their independence from British rule in 1947. India rejects any third party mediation and the rivals have fought three wars, two of them over Kashmir. Tensions have soared in recent weeks as India blamed Pakistan for a raid on an army base in India-administered Kashmir on Sept. 18, which saw New Delhi respond with what it called “surgical strikes” across the border, infuriating Islamabad, which has denied any such strikes took place.

Indian Prime Minister Narendra Modi urged BRICS leaders on Sunday to take a strong united stand against the “mothership of terrorism” in the South Asian region, in a thinly veiled reference to Pakistan, but found little direct support.