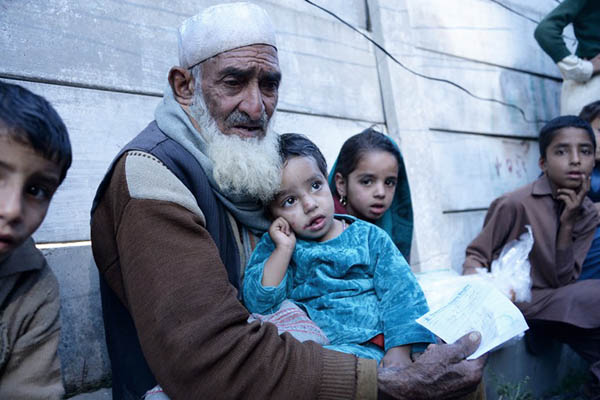 Compensation will be paid out to victims from Monday.

Pakistan has vowed swift compensation to survivors of a powerful earthquake that flattened thousands of homes this week so that they can rebuild before the harsh winter sets in, an official said Friday.

Money will be distributed from Monday, chief of the National Disaster Management Authority (NDMA) Asghar Nawaz told a press conference in Islamabad, adding that the rescue phase has now concluded and authorities were focusing on relief operations. Victims will receive up to Rs. 200,000, the government has said.

Monday’s 7.5 magnitude quake ripped across Pakistan and Afghanistan on Monday, killing more than 390 people in total. Pakistan’s confirmed death toll so far stands at 272, with 2,227 people injured and nearly 25,000 homes damaged, mostly in Khyber-Pakhtunkhwa province, where temperatures are already plunging below zero at night.

Survivors have appealed for help from the government before the winter sets in.

“After Nov. 15 there will be three to four feet of snow here and we have nothing to protect us,” Mir Wali, whose village Charun Ovir is 10,000 feet up in mountainous terrain in Chitral, told AFP on Thursday.

Nawaz said military helicopters and transport planes were transporting tents, blankets and food supplies to remote mountainous areas where the Pakistani Met office has forecast rain and snowfall in coming weeks. “The distribution of compensation money for rebuilding and repairing of houses will start from Monday and our priority is that affected people are able to have shelter from cold weather as winter sets in in the area,” he said.

Since Monday, 67 aftershocks have been felt. No further damage had been reported, but there was still danger from these tremors to damaged houses and buildings, Nawaz said.

Army, paramilitary forces and civilian administration are distributing food to survivors, he added.