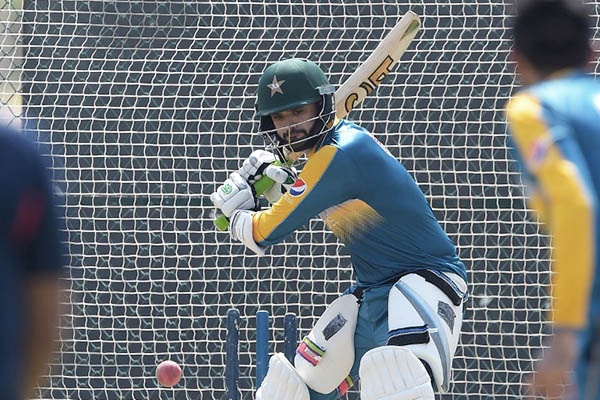 Captain Misbah-ul-Haq says it will be difficult to defeat rival team after close-call first series.

Pakistan can ill-afford any complacency against a dangerous West Indies side when the two teams meet in the second Test starting in Abu Dhabi from Friday.

Normal service will be resumed with a traditional red ball and daylight play after both teams fought out a tension-packed pink ball day-night Test in Dubai, won by Pakistan by a narrow 56-run margin.

Pakistan dominated the first three days after scoring 579-3 declared, courtesy of opener Azhar Ali’s epic career best 302 not out, and then dismissing West Indies for 357. But leg-spinner Devendra Bishoo turned the match upside down with career best figures of 8-49 to wreck Pakistan for a paltry 123 in their second innings, giving West Indies a target of 346 to win.

Darren Bravo batted out of his skin and when the last session started West Indies needed 114 runs in a possible of 38 overs with Bravo unbeaten on 102 and ready to launch an assault in the final hour. It needed a leaping catch by leg-spinner Yasir Shah to dismiss Bravo for 116 and 26 runs later Pakistan wrapped up the match to take a 1-0 lead in the three-match series.

“It will be tough. With the kind of confidence the West Indian batsmen have got, it will be difficult to get them out in the second Test,” said Pakistan skipper Misbah-ul-Haq. “I think both teams are used to the red ball and have more idea of it—batsmen and bowlers know how the red ball behaves—spinners and fast bowlers will get more help and there will be reverse swing.”

The pink ball—used for the first time in the first-ever day-night Test between Australia and New Zealand at Adelaide last year—did not help the bowlers in Dubai where excessive evening dew left it wet and soft.

Haq admitted his team missed experienced left-arm spinner Zulfiqar Babab who was left out of the first Test. “We did miss him,” he said. “The pink ball used to be unplayable when we used it in domestic matches in Pakistan but here it didn’t work like that.”

That hints Babar will replace one of the three seamers, likely Sohail Khan, while Babar Azam will make way for experienced batsman Younis Khan who missed the first Test due to his recovery from dengue fever.

West Indies are likely to remain unchanged as captain Jason Holder takes positives from his team’s fight in Dubai. “There were a lot of positives from the first Test, so we need to keep that momentum and approach,” said Holder. “We gave two chances to Ali and paid the price for that so we have to take our chances,” said Holder of the two dropped catches of Ali on 17 and 190.

The third and final Test will be played in Sharjah from Oct. 30-Nov. 3.