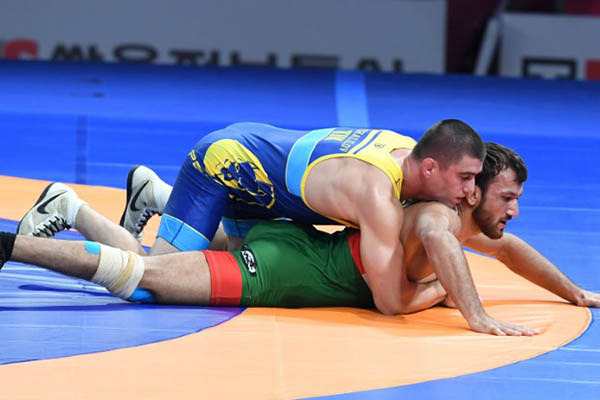 Pakistan needs to ditch its traditional approach of training wrestlers on mud floors if it is to excel at international level, national coach Muhammad Anwar told AFP on Sunday.

Anwar was speaking at the Asian Games in Jakarta, where two of Pakistan’s three wrestlers lost in the first round on the opening day of competition.

Pakistan has done “zero work” to help its wrestlers, Anwar said, leaving it trailing its competitors—notably rival India, which switched to training on mats long ago.

“India has done a lot of work on wrestling. It’s a big country with lot of funds. While Pakistan has done zero work for sports and wrestling,” the former Olympic wrestler said. “After Partition in 1947 we were way ahead of India in wrestling and our domination continued till 1952. But after that wrestling was fought on mats and India took to it while Pakistan couldn’t.”

Inam Butt became Pakistan’s latest wrestling sensation after winning the country’s only gold medal at the Commonwealth Games in April.

However Butt, who won in the 86kg category on the Gold Coast, is one of just a few Pakistani wrestlers to make their mark on the international stage. “Wrestling has not been promoted well in Pakistan and as a result has lagged behind,” Rahman said, adding that Pakistan could do with a star like India’s two-time Olympic medalist Sushil Kumar.

“Sushil is a very good player but I personally take inspiration from all the Russian wrestlers who are a name in themselves. They have a knack of producing world champions,” Rehman said with a smile.